SheKnows Editorial, Jessica Solloway
February 24, 2011 at 8:28am AM EST
Share

Angie and Brad, Gisele and Tom, and Beyonce and Jay-Z are a few of Hollywood’s hottest couples. But there are plenty of other big names we’d like to see make a love connection. Check out our list of potential celeb power couples. 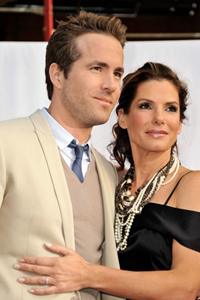 The on and off screen chemistry between this duo is undeniable. With Jesse James out of the picture, all we have to do is find a new leading man for Scar Jo. Bring on a real “proposal.”

Okay, fine. They’re totally together. But can’t they just admit it already? Let’s make it official kids. Most people would be screaming from the rooftops if they were dating R Pat.

It’s hard to remember Katie before she became an alien. But we really miss the good old days (pre-brainwashing) when she dated Joshua Jackson. Joey, Pacey and Suri … Dawson’s Creek spin-off, anyone? 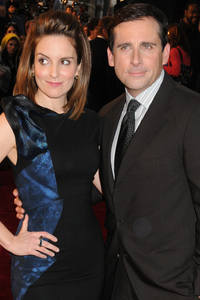 They already dominate The Disney Channel …so if they got together in real life, they’d probably be the world’s most powerful couple. Michelle and Barack who?

Although Date Night didn’t wow, we’d be all smiles if this comedic dream team was a real couple.

How great would it be if Jen replaced the old Brad with a newer, sexier model? Cooper’s scruff is way hotter that Pitt’s recent “I slept on a street corner last night” look.

The chances of these two dating are slim to none, but an on stage coupling would be music to our ears! Plus, they’d look super cute performing with their matching hair styles and wardrobe. 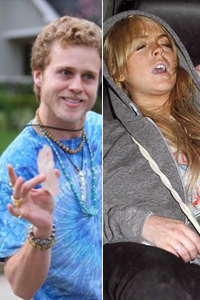 We know they’re not real people. But they just don’t make couples like them anymore. Thanks SOAPnet for keeping the dream alive. Sigh.

Neither of these two should be allowed to date, let alone marry anyone. But her violent tantrums and his crazy obsession with healing crystals is a match made in reality TV heaven. Plus, this frees Heidi from Spencer’s evil clutches. She can go back to Crested Butte and get some therapy.

After Anne’s previous rocky relationship, cutie Chris Pine could get her love life on the right “trek.”

TELL US: Do you think any of our wishful matchmaking will come true? Who did we forget? Which stars would you like to see partner up? Tell us in the comments below…

Can you tell which star strapped her feet in these black, zip-up, leather wedges in NYC? Click to see if your guess is correct! 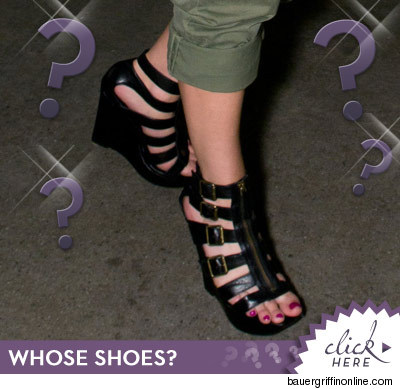