Lindsay Lohan has been found in violation of her parole for having her SCRAM alcohol monitor go off Sunday night after the MTV Movie Awards. The judge has ordered Lindsay Lohan’s bail be raised to $200,000 after a late afternoon hearing in Los Angeles. 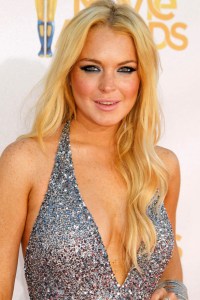 Lindsay Lohan has “messed up,” according to judge Marsha Revel, who raised the bail amount from the previous $100,000.

“At this time, the court finds she was in violation of the conditions of her bail,” Revel said after the city’s prosecutor and Lindsay Lohan’s attorney exited the judge’s chambers.

While SheKnows was on the red carpet for the MTV Movie Awards, the consensus of the gathered press as Lindsay Lohan walked by was “what are you doing here.” The last place a person with an alcohol monitor should be is where there is an open bar!

Lindsay Lohan and her SCRAM bracelet have barely been a couple for a few weeks and already she’s violated the rules. The SCRAM can go off if there’s alcohol in the system or if it is tampered with at all. It will take some time to determine what exactly set off the bracelet on June 6, but what is clear is Lindsay Lohan is not taking this seriously.

If she is not careful, Lindsay Lohan could easily land in jail when she returns to court on July 6.

Check out Lindsay Lohan at the MTV Movie Awards