Juliette Lewis stars in Metropia, also starring Vincent Gallo, in an animated story that could not be timelier. The world is running out of oil and the pressure on society to sustain its way of life is immense. In Europe, the underground train networks have all been connected to alleviate the lack of transportation. 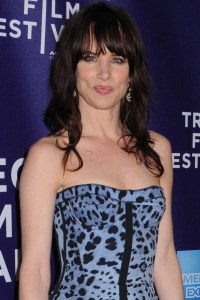 Juliette Lewis plays Nina, who helps Vincent Gallo’s Roger navigate the subway network where Roger hears voices whenever he ventures underground. The more Nina and Roger delve into the underground world, the more they realize there is a sinister conspiracy at work seeking to control people’s thoughts and opinions.

Lewis is best known for her roles in the Drew Barrymore-directed Whip It, The Other Sister, Natural Born Killers and Cape Fear.

Juliette Lewis dishes to SheKnows exclusively about her life on film as well as her ever-building music career that had her flying to Europe moments after our chat.

SheKnows: What first appealed to you about the animated Metropia?

Juliette Lewis: I love anti-establishment [laughs] story plots, even films that make you think because we constantly need to be aware and questioning our government and big corporations and all that jazz. Sometimes people just blindly believe in the fact that we will always be taken care of — I wasn’t brought up that way to blindly trust all authority. The other thing is, it’s more consumerism, that’s my other favorite topic, all these images that we take in on a daily basis and what we are being sold — to stay hyper-aware so that your thoughts are your own. I love the idea in Metropia, that these thoughts seep and it’s magnified by the actuality of a little guy living in your mind [laughs]. He’s telling you things — it’s very symbolic of advertising and consumerist roboticism. Is that a word?

SheKnows: It is a word now! Also, I really like the relationship between Nina (Juliette Lewis) and Roger (Vincent Gallo). That had to really appeal to you from the script. 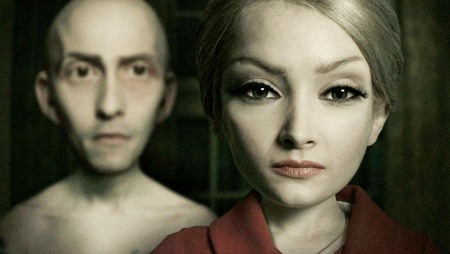 Juliette Lewis: That’s the other thing — you have this femme fatale film noir aspect to this story. It’s really multi-layered. What I love about animation is that you can push the envelope in story plots that you can’t film without it being a trillion dollars [laughs]. I love this character because she’s manipulative, supposedly a bad guy — but not really. My favorite thing, how I got involved, is I saw a snippet of the lead character and his home life. I was so taken by those eyes. I love the animation style. It’s so unique. It’s so weird and it’s so human. It exaggerates human frailty, it’s really special.

SheKnows: What did you think when you first saw your character? She’s got a piercing look.

Juliette Lewis: I love it because in my hearts of hearts I’m a character actress. I’m actually excited by the idea that it’s a completely different character than me — visually as well as emotionally. It doesn’t look like me, she’s a doll. The director wanted her to be really striking, this perfect porcelain doll face.

SheKnows: There’s almost a Hitchcockian look to her. 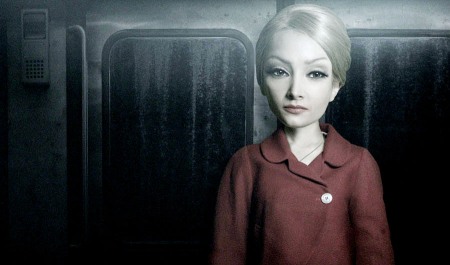 From Sweden, with love

SheKnows: I noticed it’s mostly a Swedish crew. What was it like to work with those folks from the other side of the pond?

Juliette Lewis: In my music, I’ve been touring all over the world and a lot in Europe. It’s really a pleasure for me to work with a Swedish crew and production and get a taste of the incredible talent over there. I was in the middle of a tour, it kind of worked out, I could stop in and do the voice-over for the entire movie. It’s pretty groovy. 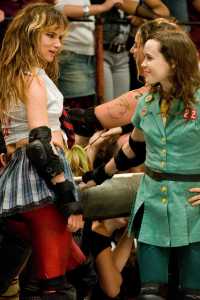 SheKnows: The chemistry with you and Vincent is spot-on, even though you were not in the same room.

Juliette Lewis: [Laughs] That’s what is so hilarious. I’ve known Vincent from years ago and so was laughing that he was the lead. Of course, we’re not in the same room. He had already recorded his part. I just love his voice with this character. It’s so awkward.

SheKnows: I see the film screened at the Tribeca Film Festival, an audience that would appreciate this to the fullest. Were you able to go?

Juliette Lewis: I was able to go, it was my first time at the Tribeca Film Festival. It’s funny enough that this really unique animated film would be my first visit to Tribeca. Bob De Niro came over to say hello when we were having dinner — that was so thrilling. I love the Tribeca Film Festival. It’s such a cool festival. This movie is a total surprise in that it’s selling out every festival it’s a part of — at Tribeca they even added another screening. You can’t tell the outcome of a project, you just involve yourself and it speaks to you in some way. The dice rolls where it does.

SheKnows: Was it nice to catch up with Mr De Niro after starring with him over a decade ago in Cape Fear?

Juliette Lewis: It’s just the best. I look at him as the end-all, be-all in my eyes. He’s a consummate professional and evolving, incredible actor. It was like seeing an old friend.

SheKnows: How is the challenge of voice acting versus screen acting? Is there a difference for you?

Juliette Lewis: It is different because you are focused mainly on the voice and the colors and textures in your voice in offering up emotion vocally. I’m a real physical actress and I use the entire instrument. But it’s not so foreign to me how you use the voice, but I work the same in the sense that I listen to my director. If he wants more pained, it’s pained. This girl in Metropia doesn’t reveal a lot. I can make my voice do all kinds of things, but he wanted my voice, so we left it alone with this bass-heavy, kind of flat-lining voice [laughs].

Up next…Juliette Lewis dishes on her favorite films and life as a rock and roll star.