The Hangover hunk Bradley Cooper tackles his action dream role as Face, the pretty-boy procurer for The A-Team and he’s really stoked about it. We’re pretty fired up as well after seeing Bradley Cooper’s often shirtless performance in the fun actioner based upon the iconic 1980s TV series.

After watching Bradley Cooper looking buff and sleek in black and gray at the MTV Movie Awards where he and A-Team costar Jessica Biel gave the Best Kiss award to the Twilight Saga’s Kristen Stewart and Robert Pattinson, we were even more excited to sit down beachside in Santa Monica to get the latest from Bradley about his full court press to win the role. “It’s always been a dream to do a big action movie. I love sports and I love pretending to fight,” Cooper said. To take on such an iconic show, one that I grew up on, is just amazing.” 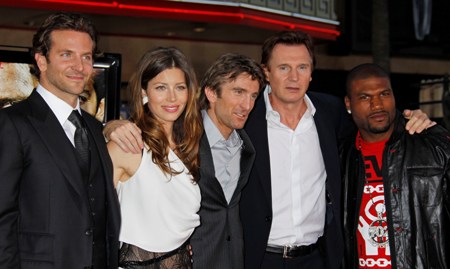 SheKnows: Bradley, this is your first big action role. Did the fact that you saw the TV show as a kid help you choose this picture to show off your action skills? 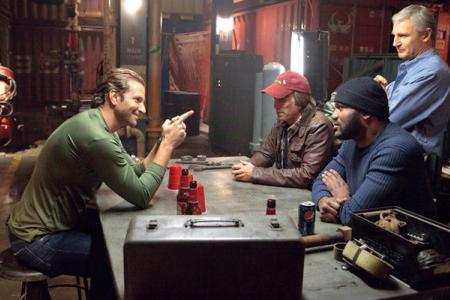 Bradley Cooper: Well, there weren’t a plethora of action movies that were coming to me and I fought for this. The reason I wanted to do it was (director) Joe Carnahan and Liam Neeson were attached, and I asked for a meeting with Joe and we met and we literally hit it off. We talked for like two and a half hours and it felt like five minutes.

SheKnows: So he seemed stoked for you to do the role?

Bradley Cooper: Well, he gave me the script, sent me over to Jules (Daly), the producer, and I texted him the next day and I said, “I’ve got to do the guy!” Joe was like, “Alright brother, let’s do this.” It was a testament to Joe kind of fighting for me to get it, because this was before The Hangover came out or anything. 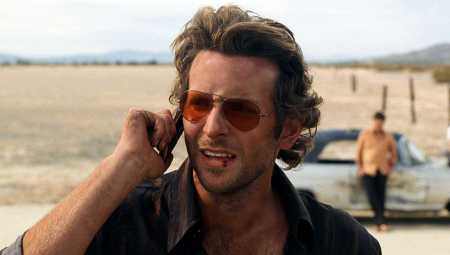 SheKnows: Did you watch the TV series as a kid?

Bradley Cooper: Oh yeah, I did, I did.

SheKnows: The ladies will appreciate how buff you are in the film. What was your workout regimen like?

Bradley Cooper: There was a trainer, Ashley Conrad, who was training me for the movie, and she came out to Vancouver and they were providing me the food regimen of 2000 calories a day, so hell traveled with me. It didn’t matter where I was [laughs]. 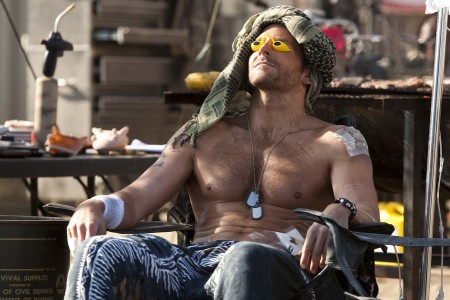 SheKnows: And we hear you did the Grouse Grind, the famous speed-hike up Vancouver’s Grouse Mountain. That’s like triathlete Ironman stuff. What was your time?

Bradley Cooper: I can’t remember. It was under 30 (minutes).

SheKnows: This film is packed with amazing action sequences. We hear you did some of your own stunts. Weren’t you injured? Liam Neeson tore his rotator cuff.

Bradley Cooper: Yeah. Well there was one scene where we have just recovered the (money printing) plates and we were going to celebrate with General Morrison (played by Gerald McRaney) and the Hummer blows up and we ran to that and I tore my hamstring that night.

Bradley Cooper: I found myself discovering new bruises every time I came home at night. Epsom Salts were my savior on this movie. I still have a scar actually from the butt of the gun, (he indicates his right shoulder). I still have it from the gun training we did. I got banged up on this movie. 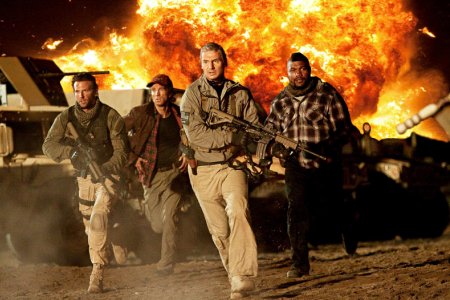 The A Team cast gets close

SheKnows: Sometimes in “buddy” films like this, the cast feels like it’s straining to have a rapport on screen, but I really felt like you all had great chemistry. What did you do to achieve that?

Bradley Cooper: It made it easy because when the four of us (Brad, Liam, Sharlto and Rampage Jackson, who plays the Mr T role) were together we were either doing something where we couldn’t see each other because we were doing action, or we were locked into a sardine can of a tank or a helicopter for six hours or fifteen hours, so we benefited from the fact that we all got along. And everybody’s so different, as the characters are, but really the four of us couldn’t be more different, and that’s kind of wonderful. 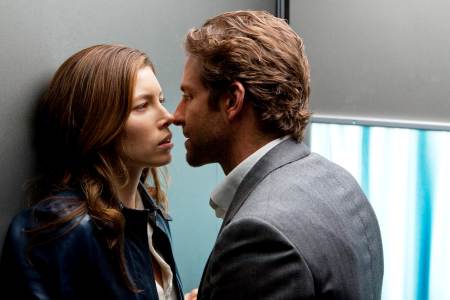 SheKnows: Sharlto says he just hung out in his on-set trailer a lot. Wasn’t your trailer next to his?

Bradley Cooper: Yeah. His trailer was right next to mine, and it almost felt like it was lit, there was amber light coming through. I could always smell something cooking.

SheKnows: He says you sat outside playing your music, serenading him and his girlfriend.

Bradley Cooper: I was so jealous. He had this light and the weird Native American incense going.

SheKnows: What do you like so much about your Face character?

Bradley Cooper: I loved Face. We created a sort of childlike hype, a childlike enjoyment of what he did, and he’s the first guy in and last guy out, and he’d die for his friends in a heartbeat. At my greatest, I’d be one-eighth of Face, so I really loved him. I loved playing that guy.

SheKnows: So I take it you would play him again in a sequel?

Bradley Cooper: [Smiles] Oh yeah. If it does well, we’ll do another one!