Four girlfriends go their separate ways after their queen bee Alison disappears. When they come back together a year later, the secrets they share are coming back to haunt them. So are all their other secrets and someone named “A!” 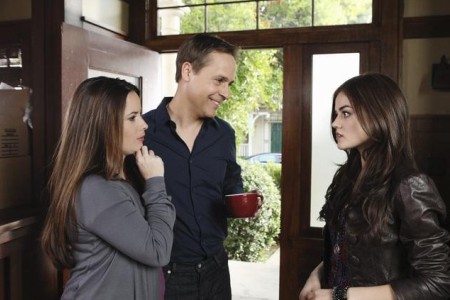 Nonconformist Aria (Lucy Hale), studious and perfect Spencer (Troian Bellisario), neurotic new queen bee Hanna (Ashley Benson) and closeted lesbian jock Emily (Shay Mitchell) begin receiving messages threatening to reveal everything. The thing is, the threats are signed by a mysterious “A” and the only one who knew about these particular skeletons in their closets was MIA Alison.

The girls are thrust further back together when a break in the missing persons case inspires a local cop to dig into Alison’s disappearance, and he decides to take a closer look at our 16-year-old drama queens. 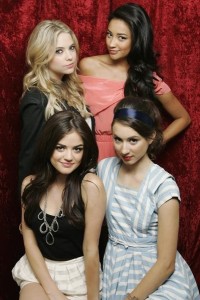 While the Pretty Little Liars of the title are teens, the catty new series with a spooky twist will appeal to more than just the teen scene and may not be appropriate for some tweens. Those of us who love our pseudo high school dramas, like Gossip Girl or 90210, will want to tune in and parents may enjoy sitting down to watch with their families.

In the pilot episode alone, the girls take on drugs, sex, backstabbing, thievery and illicit affairs — and the parents aren’t much better!

Rosewood is a perfect, affluent little hamlet, which means there’s drama everywhere, even at home. As we all know, dads (Chad Lowe), moms (Laura Leighton and Holly Marie Combs) and sibs have their own share of mistakes, foibles and secrets with which to contend.