Kate Gosselin and the kids returned to TLC in the two-hour premiere of Kate Plus 8. Life for Kate Gosselin isn’t as dramatic without Jon Gosselin, but Kate is looking fabulous on Kate Plus 8.

In the premiere episode of the revamped series, single mom Kate takes on life with the eight kids and no hubby. 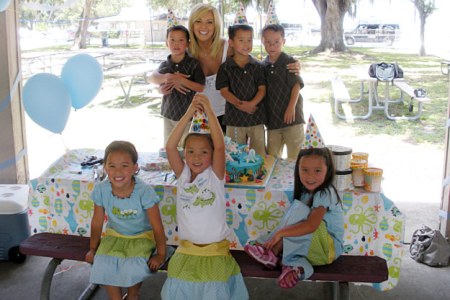 In the first hour of Kate Plus 8, that meant taking the brood to Discovery Cove in Orlando, Florida, where the Gosselin clan celebrated the sextuplets’ sixth birthday by swimming with dolphins.

That was just one of the three celebrations, by the way, and not everyone was happy about that. Young Mady, 9, couldn’t believe all the hullabaloo over her younger sibs and gave Kate Gosselin trouble about why they got so much attention.

Before the big surprise vacation, there was another big surprise for the kids: the return of the camera crew, which elicited massive excitement among the clan.

“Everything is back to normal!” cried 6-year-old Aaden.

That’s normal, eh? After years on TV, the Gosselin spawn are certainly a unique breed.

The second hour of the premiere went behind the scenes to cover Kate Gosselin’s life as a public figure. With a limo breakdown over Dancing with the Stars and a hair extension beauty session, the show took pains to make a case for the “working” celebrity mom, who has met with much criticism.

Meanwhile, Kate Gosselin is looking fab. She’s ditched the long extensions she had during DWTS for a shorter, but no less glam style, and is sporting a sexier wardrobe than earlier seasons — complete with sassy high heels and a spray tan.

Kate Gosselin’s behind-the-scenes breakdowns and efforts to keep it together while traveling to Florida with a brood that size made for some drama, but consensus seems to be that Kate Plus 8 without Jon is just strange, not to mention a bit boring. 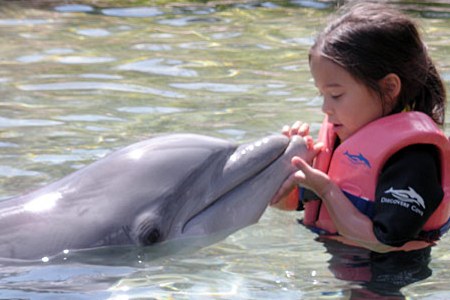 Kate Gosselin’s fight against low blood sugar just doesn’t measure up on the drama scale compared to her bickering and attacking Jon. Many were hoping the new show would get some spice from Kate’s rumored affair with bodyguard Steve Neild, but he made it clear he’s just the busy mom’s protector.

Fans who like their reality TV down and dirty just found things a bit too copacetic on Kate Plus 8. Some are even calling for the return of her ex and all the ugly tension that Jon Gosselin brings with him. Add his new girlfriend, Ellen Ross, who apparently “hates” kids, and you’ve got something akin to, if not worse than, last year’s ugly energy.

Leave a comment to let us know what you thought of the premiere: How did Kate Plus 8 measure up to Jon & Kate Plus 8? Should Jon be brought back into the action?