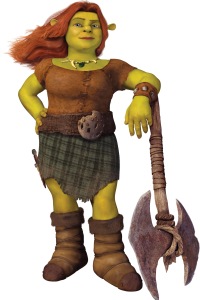 This was a record-breaking weekend at the box office, but not in a good way. The movie biz hit a 13-year low, but some flicks did bring in the money.

Shrek Forever After reigned again, making $25.3 million this weekend. That puts Shrek Forever After‘s total box office at $183 million in 17 days. While the animated flick is pulling in big 3-D money, however, the actual number of moviegoers doesn’t measure up to any of the previous three Shrek installments.

Rock and roll movies don’t always fare well, but Get Him to the Greek nabbed the second place spot and the honor of third-biggest music comedy opening on record. It couldn’t beat out Be Cool and School of Rock for first place.

Like all Judd Apatow and Jonah Hill projects, Get Him to the Greek relied on cheap and raunchy but big laughs to bring in surprising numbers. The Forgetting Sarah Marshall spinoff, which stars Russell Brand as the rocker who stole Sarah away to begin with, pulled in $17.4 million.

Third place went to Ashton Kutcher and Katherine Heigl’s Killers. Killers brought in $16.1 million, which isn’t the kind of opening Kutcher and Heigl were hoping for from their first pairing.

Prince Of Persia: The Sands of Time slipped to fourth. With $13.9 million this weekend, its total pull so far is $59.5 million. Word is hunked-up Jake Gyllenhaal is a view worth taking in, but the story itself is empty. Perhaps that’s because it’s based on a video game!

Sex And The City 2 isn’t quite measuring up to the first installment. It stayed in the top five with $12.65 million, bringing Sex and the City 2’s box office total to $75 million.

Owen Wilson’s Marmaduke came in sixth. The $50 million picture brought in only $11.3 million. Iron Man 2, which is up to an impressive $291.3 million in 31 days, brought in $7.78 million this weekend to land in seventh, coming in just ahead of new release Splice, which debuted at $7.45 million.

Robin Hood took a massive hit. Ridley Scott and Russell Crowe’s $200 million reunion flick dropped to ninth place, with $5.1 million. That brings the total earnings to a measly $95 million in the US.

Letters To Juliet took the final spot in the top ten, with $3 million. 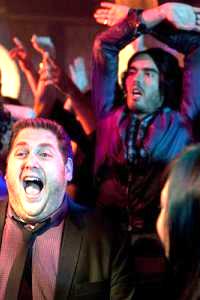 Next week, two remakes are eyeing Shrek’s crown. Jackie Chan and Jaden Smith hope to “sweep the leg” with the revamped Karate Kid for a win, while the new A-Team aims to blow the competition away.