True Beauty host Vanessa Minnillo has had a decorated career across the entertainment spectrum. After winning Miss Teen USA and launching a modeling career, Minnillo has acted in films (Disaster Movie) and television (CSI: NY), hosted national television programs (MTV’s Total Request Live and Miss Universe), served as an Entertainment Tonight correspondent and, of course, served as paparazzi fodder as the girlfriend of Nick Lachey. 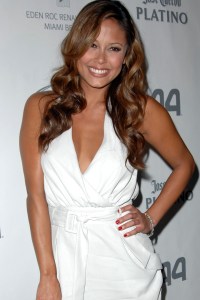 Now, Vanessa Minnillo is back for a second season of ABC’s hit reality show, True Beauty, airing on Monday nights. For their second go-around, True Beauty is heading to Las Vegas and adding two new hosts to the mix — Carson Kressley and Beth Ostrosky Stern. Minnillo called SheKnows to talk exclusively about the new True Beauty season as well as the importance of inner beauty in defining a person’s true beauty.

SheKnows: In this business, you have been able to do a variety of things, including acting, hosting and modeling. Was that the plan all along, to be a multi-faceted talent?

Vanessa Minnillo: It’s a little bit of both. I still think there’s more variation coming to my career. I definitely knew this is what I want. I’m restless by nature. I wanted to entertain as well as be a role model and do that in more than one way. The fact that I’ve been able to have the opportunity to do so many different things, I feel blessed.

SheKnows: True Beauty is a revolutionary show in many ways in how it not only explores external beauty, but also people’s inner beauty…

Vanessa Minnillo: It’s true and what I like about this show is these “beautiful” people are being filmed all the time. You never know when what you’re saying or doing is being caught. So, the lesson there is that it’s important for all of us to be good people. It’s important to know that we’re always helping out somebody and giving of ourselves.

SheKnows: For you, being in the public eye, has there ever been that pressure on you to get away from what you felt was beautiful and right for yourself? 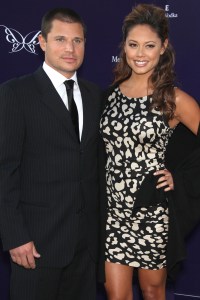 Vanessa Minnillo: I never had pressure to get away from myself in terms of what I thought was right. But I’m only human and you’re only going to have bumps and bruises along the way. We all make mistakes, it’s how we learn from those mistakes that make us. What’s disheartening in this industry is when people make mistakes, whoever they are, and the industry is not forgiving. There’s also the problem of the perception of what actually happened changing as portrayed in the media. That’s when it’s most challenging to be a person in this industry. The important thing is to stay true to who you are and not fall into traps — constantly remind yourself to make good decisions. You live and learn. That part has been interesting. Yes, you are in the public eye the second you step out of the house, or when you head into the studio to tape the show, but when you’re on vacation, or when you’re going to the grocery store, you’re still being judged.

SheKnows: Yes, as you’ve seen while on vacation with Nick…

Vanessa Minnillo: [Laughs] Even if you’re in your private quarters, you’re still being judged. That’s why this show is interesting. Nobody is judging them on an assumption. We have actual footage [laughs] during the competition while these contestants are competing to be the face of Vegas — we have them in action being who they are. So, it’s important to never compromise yourself. It’s a social study in society. On the other hand, it’s really rewarding for people who truly are good. You see that. Even if they’re out shopping and they hold open the door for an older lady, we see that. We saw your good deeds and we saw your kindness. We reward you for that.

SheKnows: It relates to the title of the show in a sense, True Beauty — it’s their true beauty, not only when you think people are watching.

Vanessa Minnillo: Absolutely. The definition of a beautiful person changes when the inside is revealed.

SheKnows: You’ve got a season under your belt with this show. As you approach the new season, do you feel any different as you kick off another year of True Beauty? 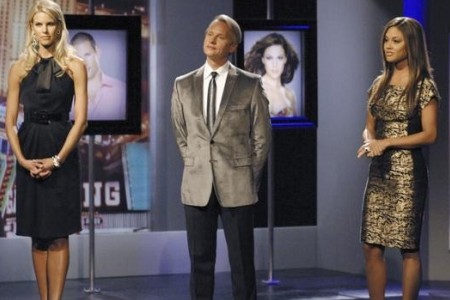 Vanessa Minnillo: When I did the first season, I loved what the producers including Ashton Kutcher and Tyra Banks were trying to do. It’s kind of an experiment. We dropped a pebble in a pond and we got to see the ripple effect and we hoped that John or Jane Doe watching would wonder what they would do in that situation. It’s the little kind things that if everyone did, we would have a better place. When I started the first season, I already believed in that, so to know we’re going into a second season is very rewarding. It is television, so we have to make it fun and entertaining, so we totally livened it up. We shot season two in Las Vegas, which people automatically associate as “Sin City.” If you can stay true to who you are in Vegas, you are definitely a true beauty [laughs].

SheKnows: Having such pros like Ashton Kutcher and Tyra Banks as your producers, what does that bring to you personally working on a show like this?

Vanessa Minnillo: It’s very fascinating to see how their brains work, to see the creativity that they bring to the show and know how encompassing their lives are. They’re both brands and moguls of their own — this is something that is true to them as well. To see their fingerprints and signature on it definitely adds to the show. It’s a collaboration effort. 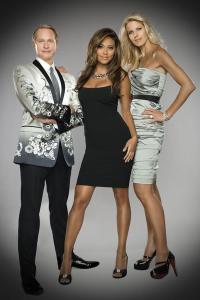 SheKnows: Especially now with new judges and co-hosts including Carson Kressley and Beth Ostrosky Stern.
Vanessa Minnillo: They all add so much, taking the show to the next level. They are so beautiful, both inside and outside. I was so excited to shoot the second season with them. I think I spent 70-percent of my time laughing because Carson is a riot [laughs]. He may be one of the funniest people I have ever met. Beth is so genuine and so sweet and has a heart of gold. I think it speaks a lot about Howard Stern. I think a lot of people think of Howard Stern as this guy. Obviously, when you get married, that’s your partner, your best friend — and he’s so tender. He’s just so sweet. She’s a gem too.

SheKnows: I was going to ask about Carson, because some of the best stuff from Queer Eye is on the DVDs and the outtakes, because he is just so funny. He’s like a standup comedian!

Vanessa Minnillo: To watch his brain work is so funny. He still keeps true to who he is in the sense that he’s never hurtful. He’s very Carson and I absolutely adore him.