Sheryl Crow is adding to her family and adopting another son! 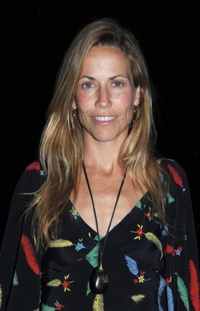 Crow, who adopted her first son Wyatt nearly three years ago, announced the happy news on her website.

“I have some exciting news to share with you guys,” she wrote. “Wyatt has a new little brother! Levi James was born April 30th. Just wanted you all to be the first to hear the good news!”

According to Crow’s publicist, adoption plans have been underway for close to a year. Sheryl Crow plans to bring both boys on the road with her, including the first five tour dates of Lilith Fair.

Until then, look for Sheryl Crow on the small screen with her guest appearances on Courteney Cox-Arquette’s Cougar Town.

“Sheryl Crow is my girlfriend for a few episodes and we do a duet,” said her onscreen partner Josh Hopkins. “She plays a wine vendor who goes around selling wine to restaurants and bars, and if you’ve seen our show, there’s a lot of wine drinking, so it fits right in.”