Allison Winn Scotch is the New York Times bestselling author of The Department of Lost and Found and Time of My Life. Her third novel, The One That I Want, is brand new in bookstores. 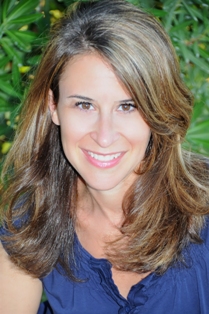 Allison Winn Scotch is riding high these days: Redbook, Glamour and Cosmo all raved about her new book, picking The One That I Want as a summer must-read — and we did too! Her second novel, Time of My Life, has been optioned by The Weinstein Company to be made into a movie with talent being attached soon.

Winn Scotch took time out of her busy schedule promoting her new book to answer a few questions from Booking Mama — one of our SheKnows Book Club bloggers.

Booking Mama: What was your inspiration for The One That I Want?

Allison Winn Scotch: I wanted to take the themes I explored in my last book, Time of My Life, and flip everything on its head, while still delving into the concept of how we — and my characters — can create more fulfilling, fleshed-out lives. So it was this whole concept of “What happens when you think you have a perfect life, and it totally gets shattered to pieces?” In this day and age, not an entirely uncommon, unfortunately, scenario.

Booking Mama: What was your writing process like for The One That I Want? How long did it take you to write it? Do you write for a specific time every day?

Allison Winn Scotch: I wrote the first few drafts over the course of about six months, which felt like a long time compared to my first two novels. When I say “first few,” I mean that I couldn’t quite get the first 100 or so pages right, so I kept going back and changing them until finally something clicked into place, and then the rest of the manuscript followed. So that part took six months, and then I spent three more months doing several more revisions. This didn’t come easy! I usually write in the mornings, after I’ve dropped my son off at school and after I’ve gotten my web surfing out of the way. I give myself a deadline, say, 10:30 am, to stop messing around, and then I have to hit a certain word count before I can quit. I find that if I don’t tackle the writing in the morning, I’m capable of procrastinating all day and never getting to the manuscript.

Booking Mama: Did you know how the novel was going to end when you started writing it?

Allison Winn Scotch: No…I wish I did, that would probably make the process a lot easier! But I write where my characters take me, which sounds kind of silly, I know, but it’s true. As the author, I do throw obstacles and whatnot in their way, but mostly, I feel like I just let them lead…I have an understanding of who they are, and then they make organic choices that suit the situations I’ve put them in. I think if I knew how everything was going to end, their journeys would likely be pretty different over the course of the book, and, I think, likely less honest.

Booking Mama: You incorporated some Broadway plays and song lyrics into this novel — namely Grease. How did the idea come to you to include these things in this novel?

Allison Winn Scotch: Well, funnily enough, the musical subplot was a later draft addition — I think it came in around draft four. The book was just too heavy, too grave, and I wanted and needed to lighten it up. So I thought back to high school, and thought, “Oooh yes! The musical! Who doesn’t have funny memories of that?” I then contemplated some of your more stereotypical high school productions: Grease, Oklahoma, Godspell, and after some debate, settled on Grease. It just seemed universal and fun and makes everyone smile. That it provided me the perfect title was the cherry on top. In fact, I proposed it to my publisher before I wrote it into the book because I wanted to be sure they agreed that it was perfect as well.

Booking Mama: When did you know that you wanted to be a writer?

Allison Winn Scotch: I think I always wanted to be a writer but realistically didn’t think, or realize, 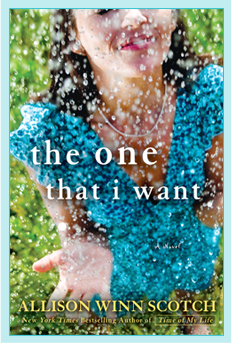 that it was possible until my mid-20s. I’d grown up writing, in journals, for my school paper, and later in college, a fairly prestigious op-ed column in the campus paper, but…I mean..really? Getting paid for it? It just seemed outlandish even though a lot of people suggested I pursue it! I wasn’t until I was, I think, 26, and I started to take on freelance PR clients that I realized it might be feasible. I started doing a lot of web copy and eventually magazine articles, and one thing led to another and I tried my hand at fiction. Three books later, I sincerely still can’t believe how fortunate I am.

Booking Mama: You are not only a writer, but you are also a mom to a son and daughter — and a dog! How do you balance your writing with your personal life?

Allison Winn Scotch: I get asked this fairly often, and I always immediately say that I have a great babysitter, which is true. I don’t want anyone to think that I’m writing these books and working on my magazine articles during the wee nap times of my children because that wouldn’t be a fair impression. But that said, I treat my job like any other working mom would — namely, while my kids are at school or in their after-school activities, I sit in my office and I work; and then, come six o’clock, when it’s time for their dinner, I shut down the manuscript and hang out with them. It’s actually surprisingly easier for me than I think people think it is and I’m so fortunate to have this flexibility. I can take my son to school, see my daughter at lunch, but then get right back to work; and I’ve been doing this ever since my kids were born. So, they’re pretty used to coming into my home office, hanging out for a few minutes and then letting me return to my screen. I don’t know — I also don’t have the expectation of perfection around here. We’re sort of an easy-going, figuratively messy bunch and we go with the flow a lot of times. I think that motherhood asks a lot of you, and you give it your best and then you’re okay with that. I also believe in saying “no.” I say “no” to a lot of things when I just don’t have anything else to give.

Booking Mama: I absolutely loved this novel and its characters, and I know that it resonates with a lot of women. What has the response been to The One That I Want?

Allison Winn Scotch: Thank you so much! I have to say, given how hard this book was for me to write, I’m thrilled that early response has been really, really positive. I can’t even tell you how nervous I was for the early reviews, and that they were all really wonderful…well…it’s like watching the child who struggled on something finally come into his own. When I write, I write in a bubble, so I really had no idea how this book would be perceived — only that it was hard for me to write — so this aspect of the process, the very kind words, has been really gratifying.

Booking Mama: Is there any chance that you might write a sequel to The One That I Want, or maybe see some of the characters in future novels?

Allison Winn Scotch: That’s an interesting idea… to be honest, it’s never something that I’ve considered too much. But there are definitely a few folks in this book, namely Darcy, whose journeys aren’t finished. That said, generally, when I’m done with a novel, I’m done with the novel. I think there’s something to be said for leaving the characters’ futures up to the reader, and truthfully, I’m always a little sick of them after spending nearly a year with them! My novels are about heroines coming into their own, so I don’t know how interesting sequels would be. I like to think that by the end, they’ve figured themselves out and go off and tackle better lives.

Booking Mama: Are there any particular authors or novels that have inspired your writing?

Allison Winn Scotch: Yes. Good Grief by Lolly Winston was a real game-changer for me. I’d written a manuscript that I thought was genius that turned out to be quite terrible. An editor friend was kind enough to take a read through it and called me and said, “Have you read Good Grief? It’s the type of fiction you should and can be writing.” Though I’m a voracious reader, I’d never taken the time to really consider how to construct a good book from an author’s perspective, so I picked up Good Grief and read it with a lot of consideration. Beyond the fact that I loved it, I also had a lightbulb moment in which I understood how — structurally — to write a book. Shortly thereafter, I started the manuscript for The Department of Lost and Found, which turned out to be my debut novel.

Booking Mama: What are you currently working on? Can you give us any hints?

Allison Winn Scotch: I’m almost done with the initial draft of my fourth book, The Memory of Us, which focuses on a woman who survives a plane crash but loses her memory in the process and is forced to tape together the pieces of her life by the stories that other people relay back to her. I think it’s a nice companion to Time of My Life and The One That I Want — somewhere in between the two of them in terms of voice and gravity and hope that readers agree when it comes out in June 2011!

Booking Mama: I’m always looking for book ideas! What types of books do you like to read? What are you currently reading?

Allison Winn Scotch: I gravitate toward books that are similar to what I write: engaging, fun, fast but still not too flighty — something with a bit of meat behind it but that doesn’t take me more than a week or so to read. Right now, I have so many books in my TBR pile! I’m halfway through Leah Stewart’s Husband and Wife, which I’m really enjoying. I have Holly LeCraw, Saving CeeCee Honeycutt by Beth Hoffman, and The Unnamed by Joshua Ferris on my nightstand, along with about 10 ARCs for potential blurbs! I’m looking forward to my long plane rides out to Seattle and California for my book tour, when I can hopefully catch up!

Check out our feature story highlighting The One That I Want as our June book pick and don’t miss Booking Mama’s review.

For more on Allison Winn Scotch and her books, visit www.allisonwinn.com.