LeAnn Rimes is talking about her affair with Eddie Cibrian for the first time. The country star feels bad about hurting people, but not about finding love. 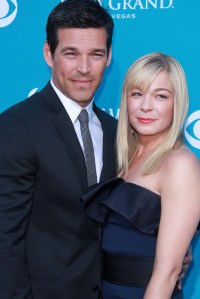 Rimes and Cibrian fell for each other in an on-set romance while the pair filmed the 2009 Lifetime movie Northern Lights. The problem was both the country star and the CSI: Miami hunk were married.

When the story broke last April, Rimes and Cibrian both got serious flack for their cheating ways. First there were reports she was stalking him and then, when the truth that they were an item was revealed, Cibrian was portrayed as a marriage wrecker.

Now, Rimes is looking forward to finally having fans hear her side of the story.

“Check out People mag this week,” she tweeted on June 2. “It comes out today. I’m really proud of the article inside! It’s for you the fans! Love you all.”

In the interview, she says the affair “was very emotionally driven. I never once thought what I was doing was okay.”

“I did one of the most selfish things that I possibly could do, in hurting someone else,” Rimes also said. “I take responsibility for everything I’ve done. I hate that people got hurt. But I don’t regret the outcome.”

Rimes also revealed that she and her ex-hubby Dean Sheremet tried to make it work after the affair hit the news cycle, but to no avail. “It wasn’t a marriage that fulfilled either one of us,” Rimes explained.

Sheremet has since paired up with photographer Sarah Silver, while transitioning professionally from a backup dancer-songwriter to a Nobu chef in New York City.

Things have not progressed as nicely with Cibrian’s ex, Brandi Glanville, according to US Weekly sources — or have they?

The gossip site reported just last week that Rimes sent a cease and desist letter to Glanville citing allegations of slander. According to the complaint, back before Rimes and Cibrian came out as a couple, Glanville was behind those rumors that Rimes was stalking Cibrian, even though she knew it was a full-fledged affair.

Of course, another “reliable” US Weekly source contradicts that whole story.

“Brandi has been nothing but nice to LeAnn,” this second source said. “She let her kids go to Mexico with them, and she is genuinely happy that they like her. If they didn’t, then she would be upset.”

All the drama hasn’t hurt their romance or their careers. With reports that the two are anxious to finalize their divorces and get hitched, Cibrian has settled into the CSI: Miami cast and Rimes has been working on a new album, Lady and Gentlemen. The album offers a female take on country love songs originally performed by men.

Rimes is set to perform her new single from the album, Swingin, at the CMT Awards on June 9. The track is set to drop June 14, but you can already hear it on her website, and word is, her new man stars in the video.