With Killers, Ashton Kutcher was looking for an action movie to prove his mettle in filling that genre’s missing gap of current male talent. Gone is the Bruce Willis and Sylvester Stallone era that constantly ruled the action movie box office. When his production company came across the script for Killers, Kutcher thought he had the perfect film to establish that action credibility while still staying true to his fan base. 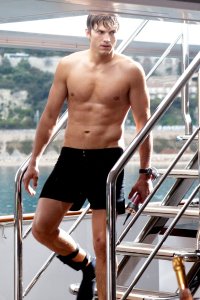 What works about Killers is that with Kutcher’s first foray into action, he couples it with an underlying romantic comedy that is at the heart of Killers. Although nowhere near a straight action movie, it is almost to the betterment of the audience that Kutcher did select Killers as his action coming-out party.

The opening scenes of the film establish him as a James Bond-type spy with impeccable skills at hand-to-hand combat. As Kutcher told SheKnows on the red carpet premiere of Killers, he trained to capture the veracity of a spy. Honestly, after witnessing Killers and Kutcher in action, this reviewer could see him as the next James Bond. It won’t happen people — he’s not British — but the point is the same. If Kutcher was searching to establish himself as the next action star of the new century, he has made a strong case.

But what makes Killers work, ultimately, is the casting of Katherine Heigl as his wife. The film begins with Heigl, fresh from a nasty break-up, heading to France with her parents for a vacation. Almost immediately she meets Kutcher and the sparks fly. The duo’s chemistry is terrific and we hope to see them in more movies together in the future. 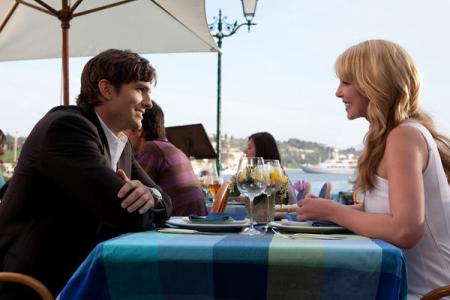 Heigl portrays her character not as your typical female heroine in the romantic comedy genre, but more as an offshoot of everything audiences adore about stars such as Julia Roberts and Sandra Bullock. She has an everywoman quality that permeates the screen and opposite Kutcher, she has finally met her onscreen match.

Heigl, after successful turns in 27 Dresses, The Ugly Truth and Knocked Up, triumphs in Killers as a woman who discovers a killer secret her husband possesses that could end up getting her killed.

Heigl takes to the role with brilliant panache and as seen in the preview, her most delightful moment is when Kutcher sends her downstairs to get the passports as they get ready to run. She looks at hers, at first astounded at its very existence, but then she’s overcome with glee when she sees her husband has made her Swedish. It is that girlish charm that is so joyous about Heigl’s performances, but especially in Killers, she makes it shine.

Sure, Killers is formula. It’s a romantic comedy and action film in the vein of Romancing the Stone. Where Michael Douglas and Kathleen Turner served as a perfect pair for the action romantic comedy genre, Kutcher and Heigl also score. Frankly, there are disappointments in the film, such as its completely convoluted ending. But, if you enjoy films that are at its core simply a fun ride, Killers kills!

Killers review: Out of five stars

Read on for more Killers