Marmaduke is the perfect family comedy and considering it is based on the legendary comic strip, that fact should not be surprising. Yet, it is, because so many efforts to bring comics, whether graphic novels or comic strips, to the big screen are frankly terrible. 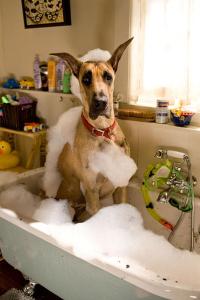 Now, Marmaduke is no Dark Knight, but let’s be real, filmmaker Tom Dey (Failure to Launch, Shanghai Noon) is making an entirely different film. Given the track record of comic strips to film, (Garfield anyone?) Marmaduke hits a home run. Marmaduke will delight the kids while simultaneously entertaining the adults.

Owen Wilson provides the voice of Marmaduke while George Lopez voices his best friend, a cat named Carlos. Wilson’s vocal tone is perfect for the too-large-for-his-own-good Great Dane. This is a talking animal movie, so audiences do not simply hear the thoughts of Marmaduke and his friends as a voice-over, but the actual mouths on the animals move.

This takes a little getting used to, but kids will not blink at this one bit. In fact, when the film completed, the kids at my screening were literally jumping up and down. That, above all else, is certainly the sign of a perfect family movie!

Wilson is able to channel Marmaduke’s awkwardness impeccably and is the best thing about the entire film. Wilson portrays Marmaduke as an unsure teenager who is trying to fit in with a new crowd of friends after moving from Kansas to Orange County, California. Who couldn’t identify with that? In Wilson’s hands, Marmaduke is equally vulnerable, flighty, confident and commanding. And with Lopez at his side as Carlos the cat, the pair has perfect comic chemistry, which is amazing considering the duo didn’t record their lines together.

Marmaduke’s family is comprised of Phil and Debbie Winslow (Lee Pace and the terrific Judy Greer), as well as their kids, Brian (Finley Jacobsen) and Barbara (Caroline Sunshine). Barbara is a tween whose efforts to fit in perfectly mimic Marmaduke’s. It is actually this teenage angst that makes the film so relatable to families as a whole, not simply children. 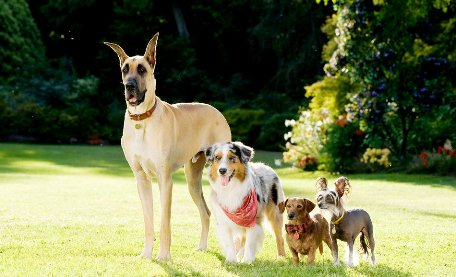 Throw in the pressures on the parents that are relevant to today’s families and credit Marmaduke with achieving the all-encompassing family film. Dad is trying to assimilate himself to a new work environment as mom tries to keep the household together. Toss in a 160-pound mischievous Great Dane and Marmaduke has successfully crafted the modern American family. Add the fantastic message about staying true to yourself, no matter your age or species, and Marmaduke is a family film to treasure.

Marmaduke review: Out of five stars