Mariah Carey will be announcing her pregnancy on her own terms, according to her husband Nick Cannon. The America’s Got Talent host let it slip that Carey is pregnant, while simultaneously asking the world to respect her right to announce the pregnancy on her terms and most importantly, her timetable. 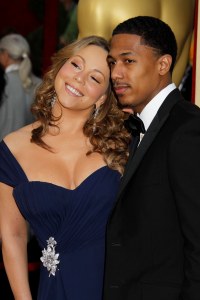 Rumors have been flying for almost a week that Carey is pregnant expecting her first child, as SheKnows first reported.

Cannon sort of let it slip when speaking to fans on May 30. “You can almost see it now (the baby bump). I’m very excited.”

By June 2, Cannon was changing his tune when he asked fans to leave Carey alone until she decides it’s time to release the happy news. “If and when my wife is ready to make any announcements about private matters, she will do it personally,” Cannon said on his Twitter page. “Thanks for being respectful.”

On Cannon’s radio show June 3, he continued to discuss the issue which makes one wonder whether the pregnancy is real or a publicity stunt. Also, why is Nick Cannon still talking about something he professed should be private?

If it is a publicity stunt, like Heidi Montag and Spencer Pratt’s separation, the timing is suspect as Cannon’s new season of America’s Got Talent premiered this week.

The rumors began when Carey pulled out of Tyler Perry’s film citing personal reasons. Now that Cannon is mouthing off about the subject, SheKnows anxiously awaits the truth.

“I’m pretty sure that when my wife is ready to make any announcement it won’t be to the media, to the public first,” Cannon said on his radio show June 3. “She’ll tell her family, she’ll tell her friends, and then, you know, when she’s ready to share with the rest of the world, who is her extended family and friends, then she’ll let everybody know.”