Actress Rue McClanahan, best known for her portrayal of sexually voracious Blanche Devereaux on the hit sitcom The Golden Girls has died. She was 76. 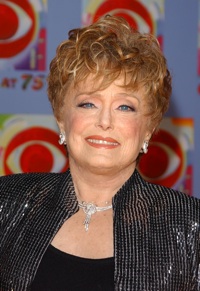 McClanahan experienced a string of health problems, starting with a 1997 breast cancer diagnosis. In November 2009, she was hospitalized and underwent triple bypass surgery, suffering from a minor stroke afterwards.

Although she appeared well on her way to recovery, another stroke, this time massive, felled her three days before she passed at New York Presbyterian Hospital on June 3, 2010.

The actress began her career off-Broadway in 1957 and made her 1969 Broadway debut with Dustin Hoffman in Jimmy Shine. Housewives during the 1970s welcomed her into their homes as Caroline Johnson on the soap Another World, and later on the long-defunct Where the Heart Is.

In 1972, McClanahan joined the cast of Maude, where she would meet future Golden Girls costar Bea Arthur. Bea played the titular (and often controversial) character on the hit show, and Rue her best friend Vivian Harmon. The pair’s comedic timing and chemistry translated so well that they later reunited on The Golden Girls, joined by cast mates Betty White and Estelle Getty.

The Golden Girls enjoyed a popular first run from 1985 to 1992 and is still a pop culture favorite, running in syndication. McClanahan won a 1987 Emmy for her portrayal of Blanche Devereaux, the aging, promiscuous Southern belle with a heart of gold.

Betty White, the last living Golden Girl, spoke of her grief to Access Hollywood. “Rue was a close and dear friend,” White said in a statement. “I treasured our relationship. It hurts more than I even thought it would, if that’s possible.”