Ice Cube seems the most unlikely candidate to become a veteran of the family entertainment genre. After his starring turns in the Are We There Yet? movies, Ice Cube is turning executive producer as the film becomes a family comedy airing at 9 pm Wednesdays on TBS. Are We There Yet? premieres June 2.

Ice Cube took a few minutes with SheKnows to discuss how a rapper and massive Raider fan even came into the world of acting and if the transition to family entertainment has been a rocky one.

SheKnows: Lately you’ve kind of had some fun working in the family entertainment area. What has been a big surprise for you about your role in that part of the entertainment business? 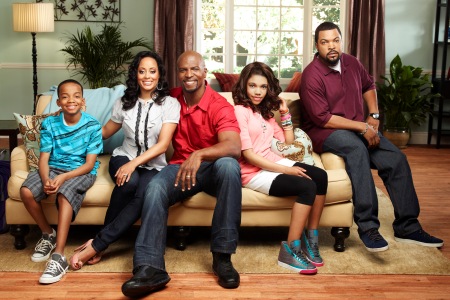 Ice Cube: Acceptance. You know, if you Google me before you took your kid to see Are We There Yet?, I would think a lot of parents would be like, “Wait a minute. Whoa, whoa, whoa. I’m not sure.” [Laughing] But, you know, to me it’s the right decision, especially the longevity to go after the children of my fans with something that they can be a part of. So, I just think that’s the biggest thing, just kind of being accepted by those moms out there to give it a shot. They gave Are We There Yet? a shot and then they gave Are We Done Yet? a shot. And I believe they believe that they can give the television show a shot.

SheKnows: In that sense of going back a little bit — did you first approach the idea of acting or were you approached?
Ice Cube: I was approached by John Singleton for Boyz n the Hood. He saw something in me and he said he knew I could do it. He had to pursue me for a couple of years, because I really wasn’t interested in acting. I had never tried it, so I didn’t know — I didn’t even know if I could do it. And I was just trying to be the best rapper in the world at that time. So thank God he did pursue me and thank God I ended up doing it.

SheKnows: How has shooting the television show Are We There Yet? been in Connecticut? 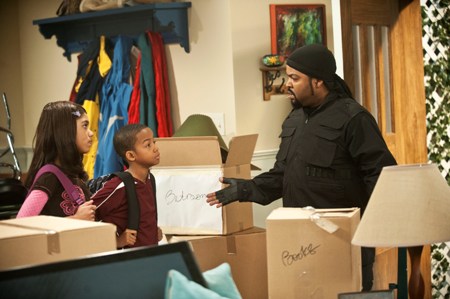 SheKnows: You’ve been a musician, actor, and director. How has being a producer been for you?

Ice Cube: Well, just being a producer, period, it allows me to work on multiple projects and be really in the mix where the decisions are being made — the shape of the show, what we’re trying to do. It’s a little tricky with ten episodes, but (with) success, hopefully we’ll be able to really dig in there and do some very, very interesting television.