Charlie Sheen, the star of Two and a Half Men, has officially struck a deal in court. As predicted, Sheen pleaded no contest to a misdemeanor assault on Christmas Day when he attacked his wife, Brooke Mueller. 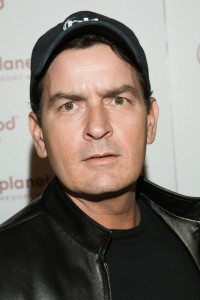 Sheen’s plea deal will likely result in a one-month jail sentence for the Two and a Half Men star.

The Chief Deputy District Attorney of Aspen, Colorado, declined to comment but we know for sure that Sheen has admitted his guilt.

He’ll spend time behind bars in Aspen and it’s also likely that Sheen’s 30-day sentence will whittle down to about two weeks, assuming he serves time with good behavior. Considering Sheen gets paid approximately two million dollars per Two and a Half Men episode, it’s a good thing the jail time won’t interfere with filming! The show is currently on hiatus.

One can only wonder after Sheen comes out of jail what will become of his marriage to Mueller as well as the domestic abuse charge. Sheen was originally looking at two misdemeanor charges, third-degree assault, and felony menacing. As a result of his plea, the felony menacing which carried a maximum three-year sentence has now vanished. And even though today he appeared in court, yesterday Sheen spent time at the happiest place on earth.

Sheen was spotted in Disneyland yesterday with ex-wife Denise Richards and their two daughters, Sam and Lola, to celebrate Lola’s birthday. Richards tweeted, “Just left Disneyland! What a wonderful day with the family. Lola had so much fun on her bday!”