Gary Coleman’s death is barely a week old and already the second guessing has begun. The 911 call Coleman’s wife made has been released to the public, and it appears that Shannon Price, 24, was resistant to go downstairs and help her husband after he fell. 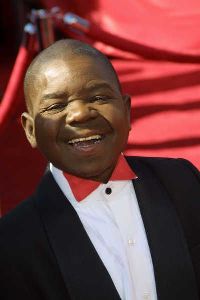 Apparently Coleman fell while preparing dinner for the couple. Upon heading downstairs after hearing a loud crash, Price saw “blood everywhere” and ran back upstairs to call 911.

“He fell. His head is bloody. There’s blood all over the floor. I don’t know what happened,” Price is heard saying on the 911 call. When asked by the emergency operator if she could help him, Prince simply replied, “I’ll try.”

Meanwhile, Coleman’s attorney is questioning whether Price had the legal rights to pull the plug on the child star’s life support system. Attorney Randy Kester told Us Magazine that he even questions the legality of Price’s marriage to Coleman.

“Some people have raised the issue that they saw Gary and Shannon on Divorce Court and now there’s some question about whether or not they were married at the time of the death and whether [Shannon] had the authority to pull the plug at the hospital,” Kester said.

“Some people in the public are raising issues whether she had authority to do that and if she has authority to be making funeral arrangements, and exactly where she fits into his estate. I think there’s going to be some developing controversy about some issues of authority.”

Coleman’s attorney also stated that he is currently searching for the actor’s will and until it is found, the questions will linger. “Everyone is out there searching for a will, and I haven’t seen one yet,” he added.

Funeral arrangements are currently being made for Coleman with services set for Friday or Saturday — more details forthcoming.

Meanwhile as the 911 tape is played across the world, it is difficult to hear Price during this moment of ultimate tragedy. She seems more concerned with her own well-being than helping her husband, although one can never assume how you would act given the same circumstances.

“He just got home. I heard this big bang. I went downstairs, blood everywhere. I don’t know if he’s okay,” Price said on the 911 tape. After witnessing Coleman on the floor bleeding, Price ran upstairs. “I’m not down there right now because I have a fever, if I get stressed out I’m going to faint.”

Read on for more Gary Coleman