Eclipse hits theaters June 30 and we’ve got a hot clip from the summer’s hottest movie. In this scene from The Twilight Saga: Eclipse, the Edward versus Jacob fight over Bella heats up as Robert Pattinson and Taylor Lautner’s characters literally go nose-to-nose over what’s best for Kristen Stewart’s Bella.

Pattinson and Lautner truly push the beastly testosterone inside them to the brink of explosion. As all Twilight fans know, the Edward and Jacob battle over Bella’s heart is merely one of the millions of reasons audiences adore the world created by Stephenie Meyer. 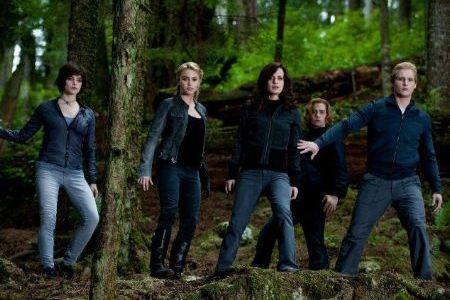 In Eclipse, Jacob and Edward must bury their distaste for one another and unite to fight off the evil vampire invaders of Forks, Washington. Because of that fact, the love triangle of Edward, Bella and Jacob takes a back seat as Bella has clearly made her choice, Edward — as everyone knows! But, someone might want to tell Jacob!

What’s fascinating about this scene from June 30’s Eclipse is the fire within each character and how the director has placed Bella literally in the middle of these two supernatural forces. Thank goodness for Bella’s dad as he attempts to break up the fight with calls for, “Let’s take it down a notch.”

The Edward versus Jacob battle is front and center in our Eclipse sneak peek. 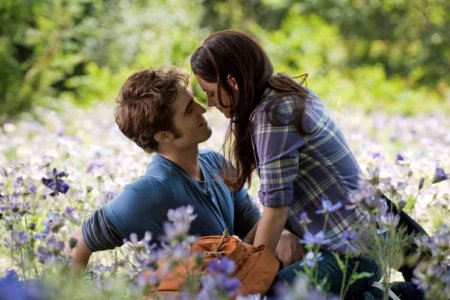 Is it us, or does Pattinson look especially vampire-ish in the scene?