Summer finds the thermometer shooting upwards as the music industry releases its fair share of hot tracks begging for your summer dollars. 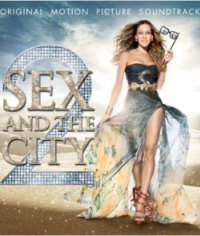 Summer 2010 is heating up the charts with artists as varied as Katy Perry and Lady Gaga, and even a track from the Sex and the City 2 soundtrack, making our list of the top songs for summer 2010!

Jennifer Hudson, co-star of the first Sex and the City movie, and British songbird Leona Lewis kick off our songs of summer 2010 with a dream collaboration from the Sex and the City 2 soundtrack.

The duo’s voices are angelic together and SheKnows hopes this is the first of many collaborations between Hudson and Lewis.

What’s also a blast about this track is that both singers have connections to certain reality TV shows, American Idol and its British counterpart, X-Factor.

Hudson was a top 10 finalist of the American version of the talent search, while Lewis won the British competition in 2006.

Say Ahh to Trey Songz’s latest hit single as the heir to Usher has created a hit that will get you bouncing crazily at all the summer parties. After 50 Cent’s In Da Club celebrated the birthday and its party potential, Trey Songz updates that sentiment and brings the same timeless birthday heat to summer 2010.

Lady Gaga does it again. Is there a track Gaga has released that has not struck gold? Alejandro is no different in its ability to tantalize, trance and serve as a musical trajectory for summer 2010.

Gaga’s timing for the perfect summer song could not have been better. After her Fame Monster CD was released for Christmas 2009, Gaga is proving prolific with Bad Romance, Telephone and now Alejandro.

Jason Derulo will be in your head all summer long with In My Head. Although Derulo’s vocals and dance moves recall a certain former boyfriend of Rihanna, Derulo is no Chris Brown.

Where Brown’s lyrics were often self-centered and painted him as the lothario, Derulo is singing the praises of his girl with the highest form of respect — a summer music smash!

Throughout In My Head, the catchy crooner perfectly captures the essence of the beginnings of summer love.

As featured on The Hills and embodied by Brody Jenner, Break Your Heart by Taio Cruz featuring Ludacris is that inescapable piece of “Ear Candy” that gets in your head even if you only catch seconds of it.

On The Hills final season, when Jenner shows up at a club with a date while his ex, Kristin Cavallari fumes, Break Your Heart is the perfect soundtrack. Jenner made it clear to Cavallari as Cruz does in his track, he is not out for a relationship and if you think that’s where the coupling is heading, he is going to Break Your Heart.