Kanye West has released his new single, Power, and although the song is as catchy as many of West’s past hits, questions remain. 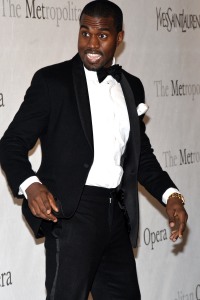 Will audiences give West a chance after his disgraceful hijacking of Taylor Swift’s moment at the 2009 Video Music Awards?

SheKnows has a video preview (below) and wants your opinion. Do you like it? Will you even listen to it? Will Power be a hit?

These questions will be answered in the coming weeks as the video has debuted. As we said, the song has hit written all over it. The opening alone will play in your head for hours!

We are not surprised that West’s new song is called Power. This new track comes from the entertainer whose name literally became a verb last fall.

You may recall West’s tussle with paparazzi a while ago at LAX airport, where he was arrested for felony vandalism after his outrage when a reporter took video coverage of him. And everyone knows of the Taylor Swift incident when she was “Kanyed” after winning the Best Female Video Award at the MTV Video Music Awards.

Despite these two major incidents which punctuate his career, the entertainer has kind of been MIA. After laying low for several months, he’s now back with Power. As West admits to being an (expletive) in the song with a powerful message, West also admits that he needed time alone with his own thoughts and that reality is catching up with him based on the lyrics: “With these responsibilities, that they entrusted me as I look down…no one man should have all that power. The clock’s ticking, I just count the hours.”

So we know he expresses himself in songs. Kanye, we get it. As this tune has a lot of messages, namely implying that all of the intensity has caught up to him, the question is, can we forgive him? Don’t other entertainers in the public eye have the same pressures he’s experiencing? Don’t most of them choose to handle themselves with class and dignity instead? Are fans ready to listen to his music again or is he still on a Power trip?

If sales for his next album are flat, chances are that will tell all: Be a jerk on the public stage and your sales will flounder. Perhaps other fans will decide to forgive and forget and buy his music based on the strong messages in this new tune.

Since the rapper’s songs are often fueled by people and events in his life, perhaps this one song will resonate and people will give him a pity party. Lucky for us, in this business, the fan base will determine who has the Power after all. And in this case, it’s not Kanye. It’s the buying power of the public who will determine if this star can rise again.