Eclipse trailers have been burning up the Internet all spring and with the arrival of the latest trailer entitled Event, watch for Twilight fever to hit a scorching level. 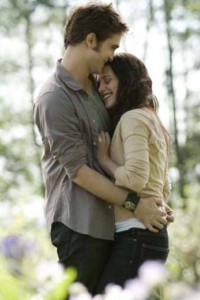 In the new Eclipse trailer, the war at the center of this third installment in the Stephenie Meyer Twilight series comes front and center. Forks, Washington is being invaded by evil vampires and if there were any questions as to whether the Cullen vampires and the werewolves would get along after New Moon’s divide, the trailer answers that question with an absolute yes!

Played down in the new Eclipse trailer is the love triangle between Bella (Kristen Stewart), Edward (Robert Pattinson) and Jacob (Taylor Lautner). What is emphasized is that none of their worlds will ever be the same after the coming battle arrives on their shores.

Edward and Bella, as anyone who has read the blockbuster books knows, are destined to be together and all the whining Jacob does will never change that. Why Eclipse is many fans’ favorite book in the series is evident in the latest trailer. The suspense that Meyer manages to build is piercing and from the early glances of the new preview, the filmmakers behind Eclipse have taken a page from Meyer’s book, literally.

Let us know what you think about the latest Eclipse trailer and your thoughts on the entire Twilight series!