Gary Coleman, child star extraordinaire, has been hospitalized and listed in critical condition at a Utah hospital. 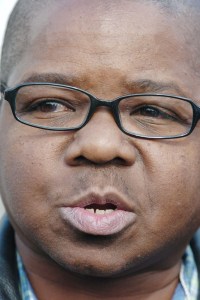 Most recently, Coleman suffered a seizure on the set of The Insider that had many in Hollywood wondering if his health was in danger.

Merely months later, news breaks that Coleman is in a Utah hospital. More concerning is that the actor is listed as critical condition — never a good sign.

The Provo hospital where Coleman is recovering refused to release any details as hospital spokewoman Janet Frank only admitted that Coleman was in the hospital and in critical condition.

TMZ reports that Coleman’s brother said the actor hurt his head in a fall.

Coleman doesn’t just happen to be in Utah, the child actor lives there and has since 2005. Coleman moved to Utah after starring in a film called Church Ball and fell in love with the state.

Like the other child actors on Diff’rent Strokes, Coleman has had his share of problems since the hit show went off the air in 1986. Co-star Todd Bridges had been routinely in trouble with the law and in and out of rehab, until a recent stint seemed to have helped Bridges move beyond a life of alcohol and drugs.

Not so fortunate was a third Diff’rent Strokes child actor, Dana Plato. Plato died in 1999 after overdosing on prescription pills in what was determined to be a suicide.

Besides having a heart operation last fall, Coleman is also suffering from kidney disease and receives dialysis on a regular basis after receiving two kidney transplants.