Colin Farrell’s latest movie, Ondine, premieres June 4, and SheKnows readers are being offered a chance to screen the film in Los Angeles in a special SheKnows Entertainment screening on June 1. 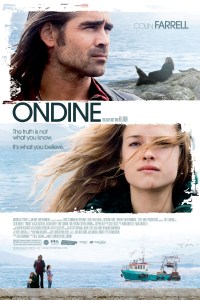 If you live in the Los Angeles area or you are willing to make the visit here, you do not want to miss this opportunity to screen an enormous movie star’s latest film before anyone else!

Ondine is a love story-fantasy set in Ireland starring Farrell as a fisherman who catches a mystical woman in his net that changes his and his special needs child’s lives forever.

Please reply to screeningrsvps@gmail.com if you want to attend this SheKnows Entertainment screening and make sure you put “SheKnows RSVP” in the subject line.

This is a first-come, first-serve contest and screening opportunity, so don’t hesitate to reply if you enjoy Farrell’s films, Farrell himself, Irish movies or love stories that transcend geography!

The RSVP doesn’t necessarily guarantee you a seat, so if you do decide to attend, make sure you get to the screening early to secure your seat! If you want to bring a guest, make sure you state that in your RSVP email for the SheKnows Ondine screening.

The screening is at the Laemmle Theatre on 9036 Wilshire Boulevard in Beverly Hills at 7 pm on June 1.

Ondine‘s screening is the Tuesday after Memorial Day, that’s this Tuesday! So don’t miss out Southern California SheKnows readers on your chance to see the role that is starting to garner Farrell some serious Oscar buzz!

Read on for more Colin Farrell