Christina Aguilera, the triple threat, has a busy summer ahead, promoting the film Burlesque and her new album Bionic. Because of that demanding schedule, Aguilera has canceled her upcoming tour — with a promise to fans that she’ll hit the road “soon enough.” 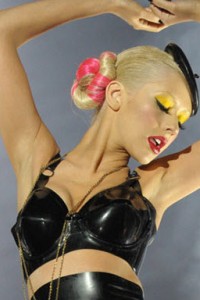 Aguilera’s 20-date summer tour was scheduled to start in July, but in a letter to fans, she explains she just doesn’t have the time to put on the kind of show they expect from her.

“I made the decision to move my summer tour and I am truly sorry to those of you who had purchased tickets and have been disappointed by the news,” Aguilera wrote.

“Immediately after wrapping production on Burlesque, I went directly back into the studio and then quickly started the promotional process for Bionic. With both the album press and film press, I am booked the entire summer and need time to focus on the work at hand. After reviewing the schedule with my team, I realized there was not enough time to put together and rehearse for a proper show, one that is at the caliber you expect from me or at the level I would present to my fans. In addition, my album has not even been released as yet and I would like for you all to become familiar with the music before you hear it live on tour. Again, I am sorry to have to move the dates but I promise to come see you when the time is right! I look forward to seeing you all on the road soon enough to get Bionic…”

New dates haven’t been announced. Unlike the postponed U2 tour, however, fans don’t have to hold onto their tickets and await rain dates. Refunds are available where tickets were purchased. 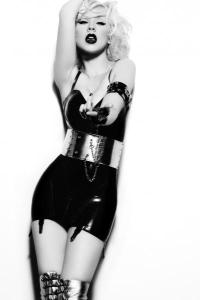 Some critics are saying that Aguilera’s real reason for postponing is poor numbers and a fear of Lady Gaga. Bionic is her first album since she took a break to be a mom and her first single, Not Myself Tonight, came in at 23 on the charts. The blonde diva is used to sitting pretty at the top!

Aguilera’s also more than used to a little competition — having come up with Britney Spears — so SheKnows isn’t sure about those theories. She’s also become a mom since her last album. Perhaps she just bit off more than a mom can chew, in terms of her summer plans.

Whatever the reason for the delay, this is bad news for Aguilera’s scheduled opener, Leona Lewis, who hit it big in England after winning X-Factor in 2006 and has a much-hyped duet with Jennifer Hudson on the Sex and the City 2 soundtrack.

“This is a massive blow to Leona — cracking America was her next big thing this year,” a source told the UK’s Daily Mirror. “Simon [Cowell] has been keeping an eye on how she is launched in the States, so this is a disaster.”