Lost wrapped a six-year run with an episode that brought back past characters, revived mysteries and answered only a few lingering questions. 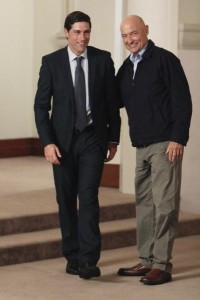 First and foremost, let’s take a moment to mourn the loss of one of television’s best pieces of eye candy: Matthew Fox.

No, he isn’t dead, but — big spoiler here — his character is (as well as everyone else) after saving the island and the world.

Before passing on, Jack passed the guardian-of-the-island torch to Hurley and died in a scene directly reminiscent of the Lost pilot and its opening scene six years ago: Jack laying down in the same field that he awoke in after Oceanic 815 crashed. Oh yes, and Jack had his big Lost death next to the newly rediscovered Vincent.

The rest of the Lost finale is kind of a blur: Jack has a violent confrontation with the smoke monster, who mysteriously resembles Locke, before he can destroy the island, escaping only when Kate kills the monster.

But the sideways dimension of the real world mirrors the island, at least in a funhouse mirror sort of way. Real world surgeon Jack miraculously cures a crippled Locke of his debilitating injury, and then starts having flashbacks of experiences he has never known in the real world: Lost island memories. 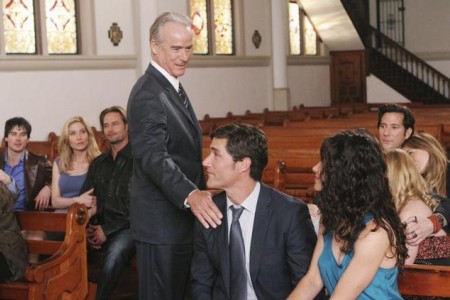 What exactly is the sideways real world? Nothing more than a holding pen where the souls of the victims of the plane crash can bide their time and keep each other company while preparing to move on into the afterlife.

The two worlds seem to come together, at least on a spiritual plane, when Kate leads Jack to a church where all the castaways — and Jack’s father, whose body he was accompanying during the original plane crash — are gathered.

It is revealed that everyone is dead, but ready to move on into the light. Is that light the power source at the center of the island that Jack was protecting from the Man in Black?

Island Jack ends the series in a reflection of how it began: closing his eyes in death in the bamboo field. 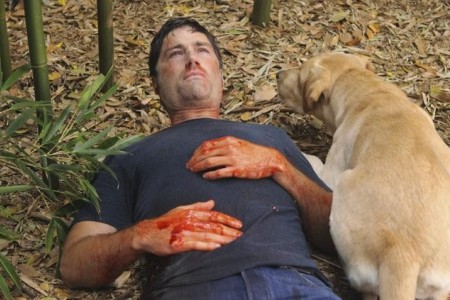 The title of Lost was never about the physicality of the characters, but about their souls. The island did seem to at least partially represent Purgatory, as many fans long suspected, but it was more than that. It was made clear that what happened on the island affected the real world.

Read The Last Battle by CS Lewis, the final novel in the Chronicles of Narnia series — it’s pretty much the same thing.

read on for more lost