Since Leigh Anne Tuohy last caught up with SheKnows, the world has been more than introduced to her family’s stirring story through the Oscar-winning smash, The Blind Side. What a difference six months can make to someone’s life, even if that person is Leigh Anne Tuohy. 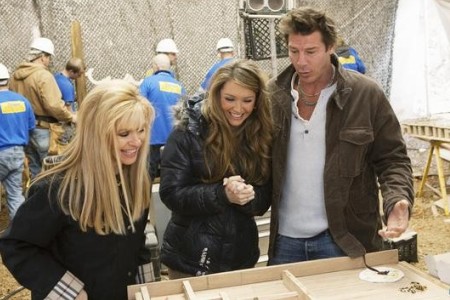 Tuohy calls the experience of helping Georgia’s Williams family “life changing.” For the woman known for changing a life, that is a heavy compliment.

Catching back up with Leigh Anne Tuohy

SheKnows: We first caught up in the days before The Blind Side came out. I wanted to check in with you and see how life has changed because I’m sure it has!
Leigh Anne Tuohy: Life has changed immensely. It is a good change. It’s not bad, for the most part. We’ve had opportunities presented to us, like Extreme Makeover, which we’re just so excited to be a part of because it’s all right in the wheelhouse of what we believe. They go in and help families that have need and they figure out how to fill those needs. That is what we are hoping to continue to do and we’re just forever grateful that this movie has given us a platform to talk about the kids who almost fall through the cracks — the kids that want a family. It doesn’t matter if they’re two months old, 12 years old or 22 years old, we all want a family. We all want to get Christmas cards. We all want someone to wish us a happy birthday. There are so many kids in this world that don’t have that. It’s been a wonderful experience. 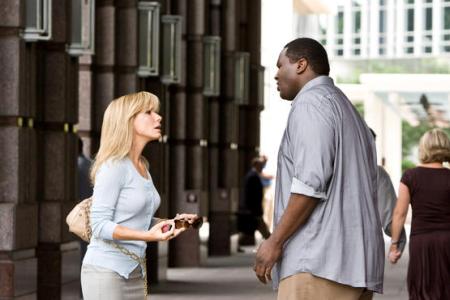 SheKnows: Specifically on Extreme Makeover: Home Edition, an entity that is altruistic by nature, what was that like helping in a different way, with the hands-on work?

Leigh Anne Tuohy: It’s crazy. I wanted to do this show, because I wanted to call BS on it. It’s probably a lot of smoke and mirrors. I was blown away. Because I’m an interior designer by nature, by my degree, and by my first life, I know how long it takes to accomplish a project — a small project, much less something massive like they take on every week. I was flabbergasted. We worked until late at night, got a little sleep, then you would come back six hours later. They never stopped working. Crews worked around the clock. The next morning they would be trying to get me to where I needed to go and I just wanted to walk around and see what they’ve done! I was amazed how quickly everybody rolled their sleeves up with no complaints. Seven days later, you have a house. They even put these people’s clothes back in their closets! It is the real deal. It is such an amazing thing, this show. You wish that it could be on every night of the week and a family can get help like that.

SheKnows: How was it to tap into your inner interior designer?
Leigh Anne Tuohy: It was really fun — they were so gracious to me. The intent initially, we were just going to be guest hosts with some of the ESPN and NFL people. We got over there, my husband wasn’t able to go, he was doing the Grizzlies color commentary on a west coast swing, so the boys and I went. Kyle and I looked at each other and felt we wanted to stay all week. They said, “Great, we’d love your help.” They asked me about paint color, they asked my opinion, which they didn’t have to. It’s really a great group of people. I was very enamored with the whole thing. And I don’t get enamored easily (laughs).

SheKnows: I know you are a source of inspiration to many. Was it inspiring for you to be amongst the Extreme Makeover: Home Edition people?

Leigh Anne Tuohy: This has had a life-changing effect on me, the family’s needs were so great. I don’t know where they would have been without Extreme Makeover. I really don’t. The house they lived in was so inadequate. Mr Williams’ ALS is hitting him pretty fast and furious. To see what they have done for this family and watch other people in the community step up, it was awe inspiring. Their story will really tug at your heart. It’s like Michael (Oher). He was so funny — the first couple of weeks The Blind Side was out, he was wondering why so many people were crying. It has a happy ending! It’s the same way with Extreme Makeover, it always has a happy ending. It’s the nature of Americans. We have big hearts and we’re giving, caring people. This show just brings the best out of everyone. 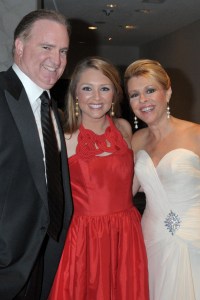 SheKnows: How is Michael doing?

Leigh Anne Tuohy: Michael’s doing really well. They’re back in Baltimore practicing. We had him for two or three weeks at home. We’ve been going to Baltimore — Karl and I went up last Friday. We had the White House Correspondents’ Dinner on Saturday, and went early to spend time with him. He is off at the end of May for six weeks. It’ll be good to have him home and try to be a little bit normal, if that’s possible (laughs).

SheKnows: So many people are looking up to you since The Blind Side came out, especially our readers. Our November interview is still getting comments from passionate folks expressing their thanks for you and your family. Are you comfortable being called an inspiration?
Leigh Anne Tuohy: Well, I’m flattered and humbled that people think that. I don’t consider myself that. We still find it interesting that people find our whole story something of interest to them. That’s our life. Monday becomes Tuesday and Tuesday becomes Wednesday, we don’t know any differently. We certainly didn’t know that anyone was going to find it interesting. But, we do feel that it’s God driven and that He has a reason for all of this. If we can be used to talk about the need and how many Michael Ohers are out there, that are so close to falling through the cracks like he was — pull them up by their bootstraps, give them a little opportunity, hope and love, you can change a life. People are doing it everyday. That’s why we believe the movie has been so much of a success is that it resonates with everyone in this country. They see themselves in that movie. They’ve done something like that, or are doing something like that or want to do something like that. People can connect to it. If that makes me inspirational to people, I can deal with that because I’m all about helping the people that need help. We have been very blessed. I feel that we have the ability to change some lives and put people in better situations. We’re happy to do that in any shape, form or fashion.

Life with Sandra: “Hooked at the hip”

SheKnows: Lastly, being the source that gave Sandra Bullock an Oscar, what was that moment like when they read her name knowing that she was playing you? I know you were at the Kodak Theatre. 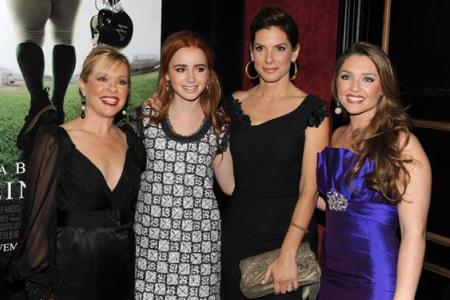 Leigh Anne Tuohy: When they announced her name, I had already decided — my innate nature would have been to stand up and whistle — then I knew that everyone would be looking over at me. That was Sandra’s moment. She had worked her butt off to get to that moment. She had been authentic and she wanted to get the role right and spent so much time doing it. For that, I am so grateful. She’s so funny, when she got to our table at the Governor’s Ball, she looked at me and said, “I can’t believe you restrained yourself.” (Laughs) Yes, that is pretty impressive, huh? Everybody just assumed that I would celebrate. But, it’s not about me, it’s about how hard Sandy had worked to get to that point in her life. People can listen to my mouth later. I’m so proud of her and continue to be proud of her. Her heart is ten times bigger than mine. She gives and gives and gives. She doesn’t want to take any credit for anything she does. I’m immensely proud of what she is doing with her new baby as she continues to carry the message of this movie. We have a connection. We are hooked at the hip for a very long time.