Susan shares the life of a Navy family 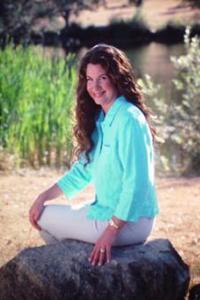 SheKnows: You did a lot of research for this book. How tough is it on the kids of Navy families?
Susan Wiggs: The families I met while writing the book developed incredible coping skills designed to keep them cohesive even when mom or dad was away for months on end. The most successful families developed rituals for staying in each other’s hearts in spite of time or distance. In the novel, the things Steve does to stay connected to his kids came straight out of my research, even the playlists and eating a chocolate a day!

SheKnows: What was the most common thing you heard from real Navy moms?

Susan Wiggs: The pride in her voice when she spoke of her family. Every single woman I met was absolutely proud of her husband and kids, proud to be part of something so large and important. A sense of pride is a powerful force.

SheKnows: If you could say one thing to Navy moms, military moms and military families, what would it be?

Susan Wiggs: You’re the backbone of our country’s security. I know in the hectic day-to-day scramble, it’s probably easy to forget that, but the many freedoms we enjoy are attributed to your family’s commitment to its preservation. Thank you doesn’t really sound like an adequate expression of gratitude. I hope the whole novel, The Ocean Between Us, expresses it better.

Susan Wiggs: Am I forty?! LOL! I am 40 and then some! For me, turning 40 was much like it was for Grace — a time of reflection and mulling over the choices I’d made, a time to look ahead and craft a life full of meaning and joy, on my own terms.

SheKnows: Describe The Ocean Between Us in three words.

SheKnows: Okay, describe it in a sentence.

Susan Wiggs: It’s the story of a marriage pushed to the brink by a secret from the past and a horrible tragedy in the present, and the painful choices faced by a military family.

SheKnows: What would fans be surprised to know about you?

Susan Wiggs: I write all my books by hand and type them up after I have a first draft. While I’m working on that handwritten draft, I store it in the freezer in case the house burns down. God, that sounds weird. Sorry.

SheKnows: What’s next for Susan Wiggs?

Susan Wiggs: A trilogy about the Great Chicago Fire of 1871: The Hostage, The Mistress (a RITA winner) and The Firebrand will be reissued this summer, an anthology, Summer Brides, in August, and Lakeshore Christmas in a paperback edition in October. I’m already excited about 2011. My daughter’s memoir about the two of us planning her wedding, will have its debut. It’s a hilarious and touching gift to brides and moms everywhere — How I Planned Our Wedding: The All-True Story of a Mother and Daughter Surviving the Best Day of Their Lives. And a book my incredibly patient readers have been anticipating for years, Marrying Daisy Bellamy, in the Lakeshore Chronicles series. And my most personal book to date will be out for Mother’s Day 2011. I don’t have a final title yet but I can’t wait to share this book!