Amanda Seyfried stars alongside an acting legend in Letters to Juliet, but walked away from the set feeling like a peer as opposed to the mentor-mentee relationship she expected with Vanessa Redgrave. “Vanessa’s so real,” Seyfried proudly said about her Letters to Juliet co-star. 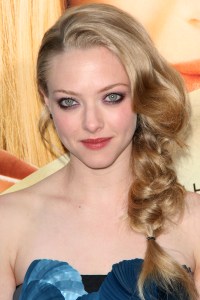 Seyfried, although only 24, is quickly becoming a veteran of the film set. After making her debut on All My Children, she struck cinematic gold with Tina Fey’s Mean Girls, stealing scenes from Lindsay Lohan and Rachel McAdams. The year Mean Girls premiered in 2004, Seyfried had a banner year that would serve as the launching pad for the rest of her career.

That same year also saw Seyfried starring in Kristen Bell’s Veronica Mars and appearing on the number one show in the country, CSI. Then, of course, there is her buzz-worthy performance over five years on the HBO polygamy hit, Big Love.

But it was in 2008’s Mamma Mia that Seyfried let it be known she was an acting force with which to be reckoned. Going toe-to-toe with the queen of acting, Meryl Streep, Seyfried endeared herself to not only ABBA and musical theater fans, but to Hollywood casting agents who would soon get busy putting her in their movies.

In the last 14 months, Seyfried has appeared in Jennifer’s Body with Megan Fox, Chloe with Liam Neeson and Julianne Moore, Nicholas Sparks’ Dear John alongside Channing Tatum and now the timeless romance, Letters to Juliet.

Letters to Juliet is a romance in its purest form. It is a love story on two levels as Seyfried’s character finds love in Verona, Italy, as does Redgrave’s character with Seyfried’s help in finding a long ago lost love.

SheKnows: What would you say is at the heart of this film?

Amanda Seyfried: It’s a story about love and taking chances. It’s a journey of this girl, my character, Sophie. She’s a journalist in New York. She goes to Verona for a pre-honeymoon with her fiance and discovers there’s this tradition where broken-hearted people leave messages in this wall that is below Juliet’s balcony and statue. She finds out there are secretaries in Verona who actually write back and help them. She finds this so astounding she becomes part of the group. She finds a letter that’s 50 years old and writes back. That is when Vanessa Redgrave comes into the story. That’s when the story really begins. They go on this journey to find this man she left 50 years ago in Verona. There’s this love, this flame, that’s been inside her burning all these years. It shows love crosses time, it’s beautiful. 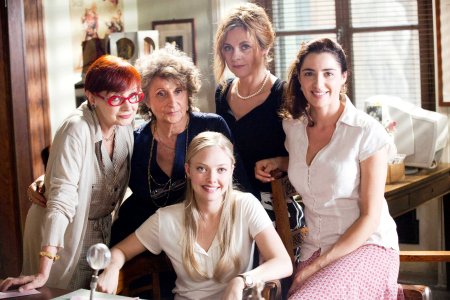 SheKnows: Having the real-life love of Vanessa and Franco Nero had to be an inspiration while filming a romance.

Amanda Seyfried: Franco and Vanessa are kind of a rarity. They, in real life, met 44 years ago and fell in love, broke up, fell in love, and broke up. It’s 44 years later and they’re together. Vanessa wanted Franco in this movie. Everybody was so excited about having a real couple that’s lasted so many decades be the center point of this movie. It’s magical and inspiring, but what’s even more beautiful — it’s actually true when it comes to Vanessa and Franco. It was nice to be on set and see their affection.

SheKnows: Did you take away any messages yourself after filming Letters to Juliet? 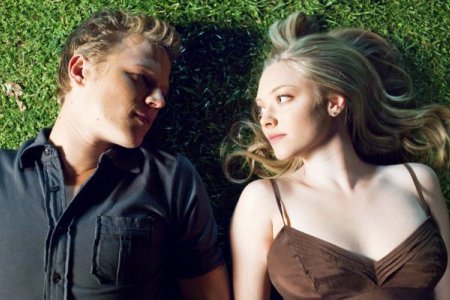 Amanda Seyfried: Follow your heart and stay open to the possibilities!

SheKnows: What is your take on fate and destiny when it comes to love?

SheKnows: Chris Egan is kind of a new face in American films. As someone who is relatively new to the film world, did you have any advice for him?

Amanda Seyfried: Chris Egan is a playful son of a gun. He’s a newcomer, kind of, but in America he is developing into this sexy young thing. I was a little worried at first because he seemed a little nervous. I think it was just because he was thrown into the lead role in a movie, and I know, that can be really scary. I remember the first time I was on a movie set, I was like, “Wait a minute!” But, he got pretty comfortable really quickly because he’s really good. He has a charm to him that I didn’t expect to find. He totally surprised me. We had such a good time. The dynamic between Chris, Vanessa and myself was pretty incredible. The bond was unbreakable. The dynamic was silly and worked really well.

SheKnows: Were there any nerves on your part about starring opposite a legend in Vanessa Redgrave? 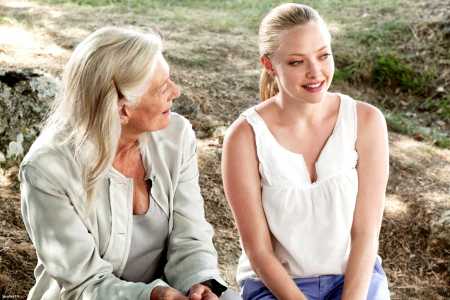 Amanda Seyfried: With Vanessa, there was something about her that made the intimidation go away. She’s so bright. She’s so present. She’s so on it. She’s had this incredible history, this incredible life, her sense — you want to be around her. She’s incapable of being false. I strive for that.

SheKnows: Would you ever write a letter to Juliet?

Amanda Seyfried: No. I prefer to answer letters as Juliet, I think. I don’t know. I love to support people. I love when people are in trouble, then I can save them. I have to believe in the advice I’m giving to actually dispense it. It’s interesting to have a perspective on something and to have the answer for people. It’s a challenge. If you have something to say, say it!

SheKnows: Shooting in Italy versus a Hollywood sound stage had to add an element of realism to you as a performer…

Amanda Seyfried: Shooting in Italy is quite a luxury. It’s far from home, which really doesn’t matter because I don’t live anywhere at the moment. It’s stunning in Italy. It’s a completely different way of life here — they’re all about their food, napping in the day. Everything about Italy has become a part of me now. 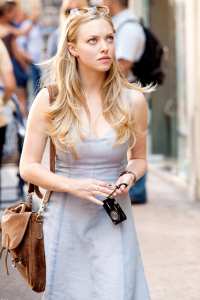 SheKnows: You can say you’ve lived in Italy!

Amanda Seyfried: Yeah! I’ve been living in Italy for two months. I am going to bring a part of it with me, how can you not?

SheKnows: Specifically, filming in Verona had to be such a thrill. Was it difficult to remain focused on the film when there was such romance and history permeating everywhere?

Amanda Seyfried: Making a movie on location like this makes a huge difference rather than when you’re working in a box with a green screen. Obviously we’re actors and we have to make things feel real. But, this makes it so much easier. We’re in the middle of this historical place where Juliet’s balcony is — this symbol of love. All this history surrounding you, it’s impossible to ignore that. It’s just so beautiful. It’s hard to focus on your work when you’re here. It’s romantic and you feel great about making a love story in a really romantic place. The feeling of romance doesn’t just come from you. It’s everywhere. It bounces off of everybody. The energy is electric.

Read on for more Letters to Juliet