Robin Hood is not the story audiences are expecting. And Robin Hood is also not Gladiator 2, despite the same star (Russell Crowe), director (Ridley Scott) and a similar feel. 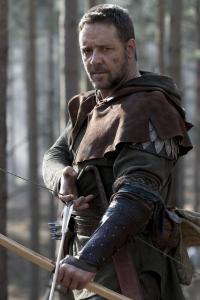 When it comes to what is right about Robin Hood, there is much. First and foremost, the addition of Cate Blanchett to the Crowe-Scott creative force is explosive. Her Maid Marian is powerful, eloquent and commands the respect of a warrior such as Robin Hood. Blanchett always is fantastic, whether in Lord of the Rings, Elizabeth or even the silly Bandits opposite Billy Bob Thornton. But it is Blanchett’s work in Robin Hood, while wielding a sword like a pro, that proves she is game for any film, regardless of genre.

Crowe, although some may have scoffed, is perfect as Robin Hood. There’s a vulnerability to his characterization that is honestly rare in a Crowe performance. Even when his roles have weaknesses, Crowe’s persona can oftentimes take over. In Robin Hood, Scott has his favorite actor pull back at times, which makes Robin’s explosive power when it is called for, all the more powerful.

Robin’s Merry Men only add to the film’s weight in bringing the human side of the Robin Hood legend to life. Through the supporting cast of Scott Grimes and especially Kevin Durand as Little John (who is anything but little), they impeccably perform the roles of supporting actors while bringing as much realism to their characterizations as their Oscar-winning leads.

Crowe better watch out. Mark Strong is quickly becoming another favorite actor of director Scott. His astounding performance in Body of Lies was an announcement to the world that the British actor has arrived. In Robin Hood, his bad guy, Godfrey, is so good, he’s great! 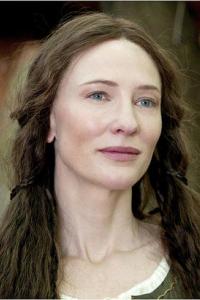 There are weak spots in Robin Hood and its two-and-a-half hour runtime is not one. In fact, when the film is close to wrapping up, the audience feels as if we are simply getting going. Tribute that to the effective origins story Scott has created for his Robin Hood. As Blanchett said in our interview, “in all other Robin Hoods, it’s just a given what he does.” In Scott’s Robin Hood, audiences get a terrific journey into what made the man turn his back on selfishness and choose a life of famously taking from the rich and giving to the poor.

The evil in Robin Hood doesn’t solely exist in Mark Strong’s character — Prince John (who eventually becomes King) is the one who drives the evil when he simply becomes jealous of Robin Hood’s popularity. The issue is that actor Oscar Isaac is not quite up to the task of harnessing the evil necessary to polarize a nation against him. He plays his Prince John as slimy rather than with searing evil.

Lastly, the great thespian of our time, William Hurt, is frankly underused. The Oscar-winner portrays William Marshall, longtime trusted advisor to the throne. His character seems to pop in when it is convenient instead of having a stronger arc across the film that can showcase the actor’s impeccable talent.

Overall, Robin Hood is great fun. As I said, when the film closes, the audience is truly ready for the film to get going. Not to say that the previous 150 minutes were a wasteland, in fact it is just the opposite. Scott’s Robin Hood sets up what could be the franchise Crowe has been waiting for his entire career.

Before the closing credits roll, a piece of parchment paper appears saying, “…and the legend begins.”

Read on for more Robin Hood