Iron Man 2 burned up the box office this weekend, bringing in $133.6 million! That beats the first installment’s opening numbers and also makes it the fifth biggest box office opening ever. 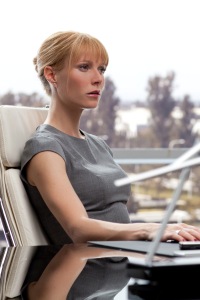 Some point to piracy as the hurtle that held the film back. Iron Man 2 was rushed to international release last week in order to beat the World Cup mayhem. That early release meant pirated, camcorder recordings of the film hit the net before Iron Man 2 hit the big screen in the US, but no one has been able to figure out how much this factored into the US release numbers.

Iron Man 2 has already brought in $327.6 million internationally, which easily covers its $200 million production budget. It also saw a major increase in sales as compared to the first Iron Man movie, which opened domestically with $98.6 million.

Finally, to put it mildly, the action film pummeled this weekend’s competition. A Nightmare on Elm Street dropped to number two, coming in with a much lower $9.2 million. Date Night continued to stay in the game at third, with $6.8 million. How to Train your Dragon took a big dip, landing at fourth with $5.3 million. After two months in theaters, however, the film’s total pull so far is an impressive $201 million. Jennifer Lopez’ Back-Up Plan stays in the top five with $4.3 million.

With Mother’s Day on the calendar, Babies premiered in only 534 theaters and managed to eke out a spot in the top ten, with $1.5 million.

Next weekend, Ridley Scott and Russell Crowe ride into the box office game on what may be the fiercest Robin Hood in film history. Amanda Seyfried, Chris Egan and Vanessa Redgrave deliver European romance in Letters to Juliet, while Queen Latifah and Common go for romantic laughs with Just Wright.