Yet, given the song’s subject, California, listeners should not be surprised with Snoop’s addition to rap over Perry’s love song to the California lifestyle and the fairer sex that inhabits the state. Snoop Dogg has long been identified with California, therefore, we think the true surprise is the pairing of Snoop with Perry. But, listening to California Gurls, it is a match made in heaven. 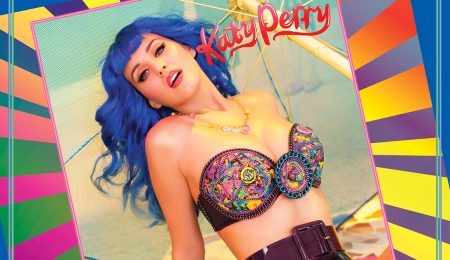 Perry’s single debuted on May 7 in Los Angeles, and now should be on radio stations nationwide.

Perry, currently engaged to Russell Brand, is releasing her latest album after taking the music world by storm with singles I Kissed a Girl, Hot N Cold and Waking up in Vegas. Hoping to duplicate and surpass her success from her debut album, Perry is pulling out all the stops, including releasing a song in California Gurls that is truly a dance single, complete with guest star rapper. Gone are the screaming guitars of Hot N Cold or I Kissed a Girl, which are replaced by the pulsating dance beat and a Lady Gaga meets Kesha musical feel.

Will audiences buy the Perry sound? We think they will in droves, especially with summer knocking on the collective door of everyone’s mind.

Perry told Rolling Stone recently why she chose to bring the west coast state to the forefront of the pop culture consciousness.

“It’s so great that Empire State of Mind is huge and that everyone has the New York song, but what the (expletive)? What about LA? What about California? It’s been a minute since we had a California song and especially from a girl’s perspective.”

Also, in Perry news is the singer being named atop the list of Maxim Magazine’s Hot 100. The annual ranking of the hottest women in the world saw Perry’s star shoot to the top past the list’s normal stalwarts including Jessica Biel and Megan Fox.

Maxim’s editor-in-chief Joe Levy said of Perry, “It’s like that feeling you get when you suddenly realize that the smartest, funniest, coolest girl you know also happens to be the best looking.”