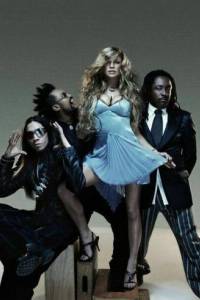 Is there any better way to spend a warm summer night than packed into a sweaty arena with thousands of fellow fans, the glow of your cell phone replacing a lofted lighter, singing along to your favorite hits? Add in a $12 beer, a $40 t-shirt and some temporary hearing loss and what you get is one hell of a good time.
Here are a few of this summer’s must-see shows:

Even though it’s called The END Tour, don’t expect this hip hop quartet to slow down any time soon. Based on the title of their latest album, END stands for Energy Never Dies. But if anyone knows how to kill it, in a good way we mean, it’s the group who has churned out nonstop hits since adding Miss Fergie Ferg to the crew in 2001.

Songs to Download: If you’ve somehow managed to crawl under a rock and not learn the lyrics to 2010’s omni-present hit, I Gotta Feeling, you’re gonna want to be one of the many thousands knowing when to shout out, “Mazel Tov!”

Take some of your favorite karaoke anthems, like Livin’ on a Prayer and You Give Love a Bad Name, and let the professionals handle them. After almost three decades together, Jon Bon Jovi, Richie Sambora and the rest of the Jersey boys (FYI, their names are David and Tico) hit the road to support their new album, The Circle. Don’t worry, they know fans come to rock out to tunes from when Aqua Net and acid wash were king, so stick around for the encore to hear Wanted Dead or Alive.

Songs to Download: Check out their latest hit, Superman Tonight.

American Idol alum made good, Carrie Underwood has already had a stellar year. At the Academy of Country Music Awards she was named Entertainer of the Year making her the only country female artist in history to win this award twice. Host Reba McEntire also presented her with the ACM Triple Crown Award, for her previous wins as Top New Female Vocalist, Top Female Vocalist and Entertainer of the Year. Country music has a new queen and her name is Carrie.

Songs to Download: Cowboy Casanova for getting hyped to go to the show, Temporary Home to cry yourself to sleep afterward.

Sometimes from great heartbreak comes great art. Following the tragic sudden death of LeRoi Moore, saxophonist and founding member of DMB, after an ATV accident in 2008, Matthews released Big Whiskey and the GrooGrux King, his best album since 1998’s Before These Crowded Streets.

They’ve come a long way from their Hotel California days. One of the most popular rock bands of the 70s, they reunited in 1994 for the Hell Freezes Over Tour and haven’t looked back since. After winning the 2008 Grammy for Best Country Performance for How Long, the group sets off with the Dixie Chicks and Keith Urban for a night that combines folksy rock classics with a country twang.

Songs to Download: Take it Easy — words to live by.

Before he was a tabloid sensation, John Mayer was known as an outstanding guitarist who got pigeonholed for writing Your Body is a Wonderland, a song he says “bought me a house and cost me a career.” Now that he’s renounced his addiction to red carpets, celebrity girlfriends, use of the N-word, and shameless fame-seeking to focus on his music, hopefully he’ll be able to make more hits like his latest, Who Says.

Songs to Download: Crack open a nice bottle of wine, light a candle or two and get down with Dreamin’ with a Broken Heart, Say, and Daughters. It’s no wonder Mayer’s guitar chops, which are on par with BB King, are largely overshadowed by his heartthrob status.

Songs to download: Does it matter? You probably won’t be able to hear him above the shrieking.

Two years ago she was performing in bars and nightclubs. Now she’s one of Time Magazine’s most influential people. It’s amazing what a few ridiculous costumes can do.

Songs to Download: She’s only put out one and a half albums (Fame Monster is an extended re-issue of The Fame) and most of it gets played on the radio constantly so you should be well versed. But check out Kid Cudi’s Make Her Say for its sample of Poker Face and her duet with Beyonce in Telephone.

There’s nothing like a good comeback. After being humiliatingly assaulted by ex-boyfriend Chris Brown in February 2009, Rihanna emerged stronger than ever with a new album, Rated R, and cameos on some of 2009’s biggest tracks including Jay Z’s Run This Town.

If Carrie Underwood is country music’s new queen, than Taylor Swift is its princess. Inspired by her breakup with Joe Jonas, Fearless was the best selling album of 2009. Watch her take a stage that promises zero interruption from Kanye West.

Stay with SheKnows for our Summer Book preview premiering May 10!