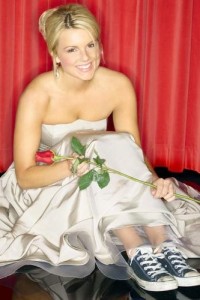 The major TV networks may never completely shake off their reputation for lazing through the summer with nothing but reruns. But, prompted by a nonstop onslaught of new competitors and the advent of easy-to-produce reality shows, the networks have actually been stepping up their game the past few years.

This summer, while there will be a fair share of reruns, the networks are rolling out a slew of new reality shows, new scripted series and new seasons of hits like ABC’s The Bachelorette, Fox’s So You Think You Can Dance and NBC’s America’s Got Talent.

The Bachelorette (season premiere: May 24). Ali Fedotowsky, who chose her career over Jake Pavelka on last season’s The Bachelor, stars in the sixth season of this woman-in-search-of-a-man summer series.
True Beauty (season premiere: May 31). Is beauty more than skin deep? Producers Tyra Banks and Ashton Kutcher try to find out anew this season. Judges include Queer Eye for the Straight Guy’s Carson Kressley and Howard Stern’s wife, Beth Ostrosky Stern.

The Gates (series premiere: June 20). Suburbia may never be saccharine-sweet again, not after watching this spooky new scripted drama.

Scoundrels (series premiere: June 20). Virginia Madsen stars as the matriarch of a small-time crime family. They’re trying to shed their unsavory ways in this lighthearted remake of a TV show from New Zealand.

Wipeout (season premiere: June 22). Perhaps the fluffiest and lightest of all the summer shows, Wipeout whips out a new season of silly and fun obstacle courses. 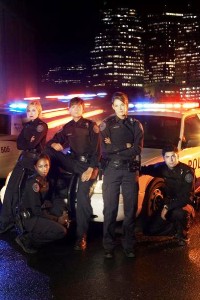 ABC News’ Boston Med (series premiere: June 24). This real-life drama series gets up close and personal with doctors at Massachusetts General, including an in-depth look at one of the world’s first face transplants.

Downfall (series premiere: June 29). This game show takes place on top of a skyscraper, where contestants can win up to $1 million if they correctly answer trivia questions.

ABC News’ Primetime: Mind Games (series premiere: July 20). This is a dark, real-life examination of how the minds of murderers, cult members and other troubled souls work.

Bachelor Pad (series premiere: August 9). Ousted contestants from past seasons of The Bachelor and The Bachelorette live together and duke it out for cash prizes. And perhaps love?

Dating in the Dark (season premiere: August 9). The second season of this dating show asks the question: Does love last when you can see who you’re kissing?

Shaq Vs (season premiere: August 10). Shaquille O’Neal steps off the basketball court for another round of competing with professional athletes in their sports.

CBS hasn’t yet announced any new series for this summer, and it may not. However, the network will air reruns of hit shows, including many worth checking out, such as The Big Bang Theory and The Good Wife. 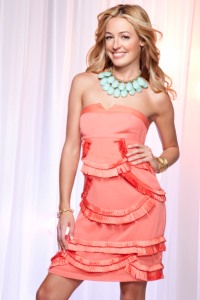 The CW
Moonlight (CW premiere: June 3). The sexy CBS series starring Alex O’Loughlin (The Back-Up Plan) will get a summer run on The CW on Thursdays, following The Vampire Diaries reruns.

So You Think You Can Dance (season premiere: May 27). Quite possibly the liveliest summer show of them all, Fox’s hit dance competition returns for a summer run.
Past Life (season premiere: May 28). Kelli Giddish stars in this drama about a psychologist and a former detective trying to solve unexplained mysteries. The show debuted over the winter and continues this summer.

Hell’s Kitchen (season premiere: June 1). Is British chef Gordon Ramsay a culinary madman or a culinary genius? Both, actually. He’s at his wildest in this cooking competition series, now in its seventh season.

Lie to Me (season premiere: June 7). Tim Roth stars as the reader of everyone’s twitches and grimaces, all in the name of unveiling the truth.

MasterChef (series premiere: July 27). Another cooking competition show from Gordon Ramsay, this one with home cooks competing to become pros.

100 Questions (series premiere: May 27). A comedy about a woman answering 100 questions on an online dating site. Each question prompts her to remember a special event in her life.

Persons Unknown (series premiere: June 7). Seven strangers pop up in a deserted town. They don’t know how they got there or who’s watching them on ubiquitous security cameras.