The Bourne Identity star is set to get a different sort of action in the 30 Rock season finale, or so the show teasers seem to indicate. Liz (Tina Fey) is going to meet the man of her dreams during a wedding marathon, and SheKnows suspects (hopes!) he’s none other than guest star Damon. 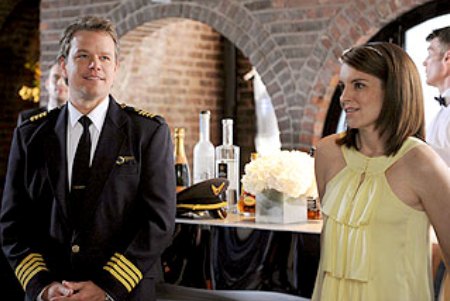 Damon plays an airline pilot who’s also a big TGS fan and word is that in addition to the finale appearance, he will return to kick off the fifth season this fall.

Other guest stars booked for the big May 20 episode include Jason Sudeikis, Elizabeth Banks, Will Forte, Julianne Moore and Michael Sheen.

First, however, tonight is Mother’s Day on 30 Rock, which means fans can expect a host of guest moms to make an appearance. 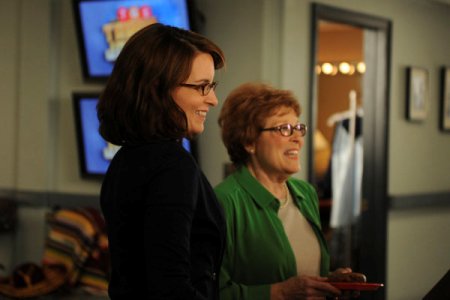 In other finale news, Saturday Night Live fave Alec Baldwin is set to close out the SNL season as host on May 15. This will be his fifteenth time as SNL‘s main man, putting him in a tie with Steve Martin for most host appearances. The pair recently co-hosted the Academy Awards together and have shown up on SNL to rib each other in the past. So, there’s no doubt that if Martin is in the area, he’ll make a quick appearance to tussle over this tie!

In the meantime, NBC’s Thursday night comedy lineup starts at 8 pm with sexual tension and registration warfare on Community, followed by a telethon with Indiana Pacer Detlef Schrempf on Parks and Recreation, a cover-up on The Office and then 30 Rock at 9:30 pm.