This year’s Leading Actor in a Play nomination list, in particular, doesn’t include a single unrecognizable name. The nominees are Jude Law (Hamlet), Denzel Washington (Fences), Alfred Molina (Red), Liev Schreiber (A View from the Bridge) and Christopher Walken (A Behanding in Spokane). 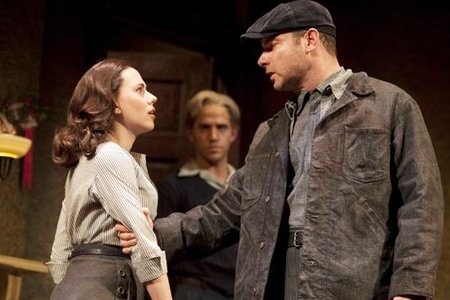 “Being on Broadway, and in the theater community as a whole, is like coming home again for me, and sharing a Tony nomination for Fences, with so many wonderfully talented people associated with this play, makes it seem like one big family reunion,” Washington said of the nod.

Catherine Zeta-Jones is in the running for Best Performance by a Leading Actress in a Musical for her work in A Little Night Music and is up against Kate Baldwin (Finian’s Rainbow), Montego Glover (Memphis), Christiane Noll (Ragtime) and Sherie Rene Scott (Everyday Rapture).

“What a thrill to be nominated!” Zeta-Jones said. “The experience of doing this incredible show and working every night with such a talented group of people has truly been one of the most rewarding experiences of my career. And now to be nominated for a Tony — in my dreams, I couldn’t imagine a better way to make my Broadway debut.”

“It has been a dream come true to be a part of the Broadway community,” Johansson raved. “I am deeply honored to be nominated and so proud to have been a part of this extraordinary production.”

Angela Lansbury, who starred with Zeta-Jones in A Little Night Music, has been nominated for Best Performance by a Featured Actress in a Musical. If she takes home the award, she officially will hold the record for most Tony wins ever. 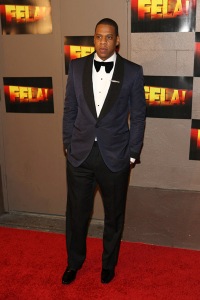 The Best Musical and Best Play nominations also reflect the work of big Hollywood players, especially on the musical side.

Jay-Z and Will and Jada Pinkett Smith’s Fela!, about the African legend Fela Kuti, took 11 nominations, including Best Musical. This ties the revival of La Cage aux Folles for the most nominations this season.

Green Day’s much-hyped American Idiot landed only three nominations, but that includes the big one, Best Musical. Memphis, which features music and lyrics by Bon Jovi’s David Bryan, and Million Dollar Quartet, which is about a recording session with Elvis Presley, Johnny Cash, Jerry Lee Lewis and Carl Perkins, are also up for that award. Big names all around!

Critics are noting the absence of The Addams Family‘s Nathan Lane and Bebe Neuwirth,  A Steady Rain‘s Hugh Jackman and Daniel Craig, as well as David Mamet’s Race. Some are surprised by the slights, while others agree they didn’t make the cut.

The Tony Awards will be broadcast in a live three-hour ceremony from Radio City Music Hall on CBS June 13.