Chely Wright has come out as an openly gay country singer. The 39-year old songstress’ confirmation to People Magazine that she’s a lesbian coincides with the release of her memoir, Like Me, as well as her first album in five years, Lifted off the Ground. 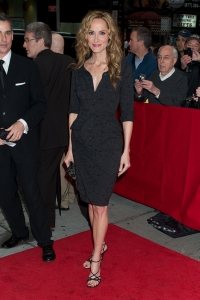 “There had never, ever been a country music artist who had acknowledged his or her homosexuality,” Wright said in an interview, failing to mention kd Lang, who’s been openly gay since 1992.

Guess she also forgot Melissa Etheridge, who came out in 1993, but who is arguably more pop and mainstream singer than Wright.

The country crooner continued, “I wasn’t going to be the first. I hid everything for my music.”

Now that Wright has gone public with her private life, the real question is how country music fans will react.

When the Dixie Chicks said they were ashamed George W Bush came from Texas, their music was boycotted on numerous radio stations, fans held mass CD burnings and they plummeted from the charts.

Country music tends to have a largely Southern Christian following and those aren’t exactly the first fans to shout out “Congratulations” when someone pulls a Ricky Martin.

That is not stopping Wright from relishing in her honesty. “Nothing in my life has been more magical than the moment I decided to come out,” she said.

Wright’s big revelation was masterminded by Howard Bragman, the man who squired Chaz (Chastity) Bono through the media circus surrounding his transition from female to male and Clay Aiken’s announcement that he was as gay as everyone suspected.