Lynn Redgrave has died after a seven year struggle with breast cancer. Redgrave was 67. 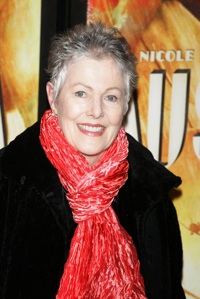 In a statement released through Miramontez, the children announced, “Our beloved mother Lynn Rachel passed away peacefully after a seven year journey with breast cancer,” Redgrave’s children said in their May 3 statement. “She lived, loved and worked harder than ever before. The endless memories she created as a mother, grandmother, writer, actor and friend will sustain us for the rest of our lives. Our entire family asks for privacy through this difficult time.”

Redgrave’s death is another blow to this close-knit tribe, following the deaths of Natasha Richardson last year and Corin Redgrave a mere month ago.

“All the films I’ve been in — and I haven’t been in that many attention-getting films — no one expected anything of, least of all me,” she told the AP in 1999. “Vanessa was the one expected to be the great actress. It was always: Corin’s the brain, Vanessa the shining star, oh, and then there’s Lynn.”

Diagnosed with breast cancer in December 2002, Redgrave had a mastectomy in January 2003 and began chemotherapy treatments.

She is survived by three children, six grandchildren, sister Vanessa and four nieces and nephews.

read on for more celebrity obits