Both Ricky Martin and Shakira are speaking out against a new immigration law that would allow Arizona police to stop and question anyone they think looks illegal. 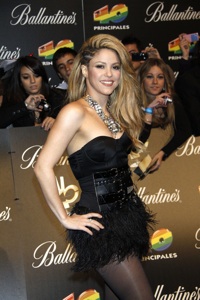 The recently passed SB 1070 gives authority the right to stop and question anyone they think might be an illegal alien. If that person is not carrying identification proving citizenship or residency, he or she will immediately be handed over to the INS.

Proponents say this is a necessary step to protect America’s borders, especially around the particularly dangerous Mexican border where violence is beginning to spill over into the US.

Detractors call it legalized racial profiling and say it gives authority free reign to harass anyone for any reason, especially if that person’s skin happens to be brown.

Ricky Martin made his impromptu statement at the Billboard Latin Music Awards.

“This is not in the script,” he said. “I want to send a warm greeting to all our Latin America friends who live in the state of Arizona. The SB 1070 is a law that doesn’t make sense. You are not alone. We are with you. Stop discrimination. Stop hate. Stop racism. Enough already. Long live love. Long live peace. And now let the music continue.”

“As a Latina, I’m very concerned how this law can impact working Hispanic families,” the popster told Ryan Seacrest on his morning radio show.

“I think that being detained in the street just because of the color of your skin is just wrong, and it’s a violation of human and civil rights.”

Shakira met with lawmakers and the Phoenix mayor to discuss the issue. “I just met with some families and women who have been subjected to domestic violence, and they are so concerned,” the singer said. “They’re going to live in fear to call the police or to report a crime that has been inflicted to them. They’re trying to protect their kids and their own families from abusers. and now they’re going to have to protect themselves from the government.”

Mexico-Arizona border towns have become the sites of increasing violence because of drug cartel activity and the smuggling of illegal immigrants. Phoenix now has the second highest kidnapping rate in the world, behind Mexico City. Now, though, even legitimate citizens of Hispanic descent are afraid that they will be arrested and detained if they accidentally leave the house without a driver’s license.