The news that Sandra Bullock is divorcing her philandering husband, Jesse James, wasn’t so much a surprise as a relief. How many times have we seen the wife of an adulterous, unfaithful loser dutifully stand by her man despite his horrendous, unforgivable behavior? 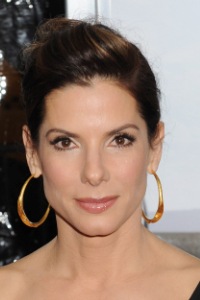 Today, Bullock struck a blow for women, feminism and female pride everywhere by having the strength and courage to come forward and say, “This is not okay. I will not be treated this way.”

These are the kinds of life lessons that will undoubtedly make Bullock a great mother to her new adoptive baby boy, Louis. There’s no better way to teach than by example and Bullock set an admirable example today.

Without question, Bullock’s divorce must be unspeakably painful, not just because of the humiliation of James’ dalliances, but because the love they shared was obviously very deep, despite his inability to keep it in his pants.

Whenever another of his numerous mistresses come forward next, it will be in fact the memory of Bullock’s Golden Globe and Oscar speeches that will echo in everyone’s minds.

She very publicly (this year’s Oscars were watched by over 41 million people, the Golden Globes, 17 million) and eloquently declared the affection and respect she had for her husband. When Bullock said “There’s no surprise that my work got better when I met you, because,” her voice cracking, “I never knew what it felt like for someone to have my back. So thank you.”

There wasn’t a soul alive who wasn’t touched. Why? Because that’s what we’re all looking for in this lifetime.

When Bullock won the Oscar, she said, “We are all deserving of love.”

Whether that loves comes from her little baby boy or a new man who may come into her life, we wish Sandra only the best because she’s worthy of someone who really will have her back next time.