Jesse James said he deserves the divorce papers Sandra Bullock laid on him but holds out hope the couple can reconcile.

Bullock left James immediately after news of his first affair broke and mere days after she won an Academy Award for her role in The Blind Side. Quickly afterward more dirt was discovered, including more low-rent mistresses and photos of James in Nazi gear. 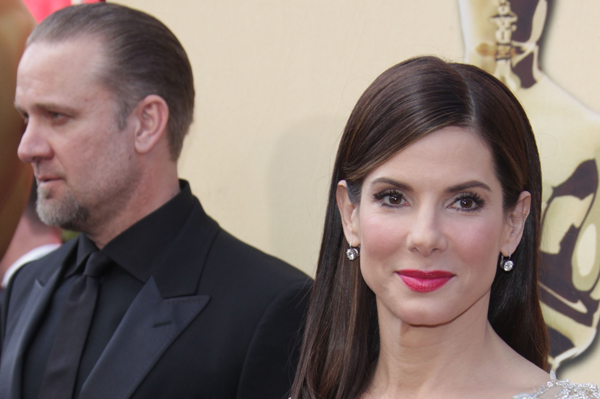 Jesse gave the following statement about his impending divorce and the adoption of Sandra’s baby Louie:

“My whole life has been full of hard decisions. The decision to let my wife end our marriage, and continue the adoption of Louis on her own, has been the hardest. The love I have for Louis cannot be put to words. Not having him around to love and to hold has left a huge hole in my heart. Sandy is the love of my life, but considering the pain and devastation I have caused her, it would be selfish to not let her go. Right now it is time for me to beat this addiction that has taken two of the things I love the most in life,” James said.

“I have always taken great pride in proving people wrong. That time has come once again to show that I am not what everyone says I am. I know in my heart that I can be the best father possible to my four children, and the mate Sandy deserves, and realize that this is an incredible mountain to climb. But I believe that the steps I have taken in the last 30 days are the foundation for making this happen. The lifelong commitment I am making is what being a real husband and father is all about. I ask that you please do not judge Sandy for the things I have done. She has done no wrong. She played no part in any of this. She has been an amazing wife, mother, and best friend, for the over 6 years we have been together.”

Oh, and about those Nazi pics? Sandra says she was disgusted and didn’t recognize James as the man she married when she saw them.

“The photo shocked me and made me sad,” Bullock told People. “This is not the man I married. This was stupid. This was ignorant. Racism, anti-Semitism, sexism, homophobia, anything Nazi and a boatload of other things have no place in my life. And the man I married felt the same.”