How to Train your Dragon sores back to the number one spot in its fifth week out. The Back-up Plan and The Losers didn’t get quite the welcome they’d anticipated during a very slow box office weekend.

How to Train your Dragon just keeps on flying, in spite of early reports that it wasn’t going to perform or deliver the dollars expected. Dreamworks Animation’s 3-D fest brought in $15 million this weekend, with a total draw of $178 million so far. 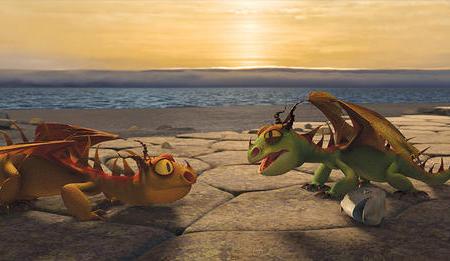 Jennifer Lopez’s comeback vehicle The Back-up Plan landed in a respectable second, with $12.3 million. Date Night is still fighting to stay in the game, coming in third with $10.6 million, while the highly anticipated Losers lost out big, coming in fourth with $9.6 million.

Last week’s winner, Kick-Ass, got kicked down to fifth place. The comedy was hoping to make up for wonky advertising with some word of mouth, but instead barely stayed in the top five with $9.5 million.

It bares mention that last week’s top five each brought in over $15 million, there was a steep drop-off this week for sure! Perhaps it was that first round of seasonal parties luring viewers away? Whatever the case, this was clearly a slow weekend, with unimpressive numbers all around.

Clash of the Titans dropped out of the top five, with $9 million, followed by Death at a Funeral, which plummeted from fourth to seventh with $8 million.

The documentary Oceans is getting buzz for showing up in eighth place with $6 million. Released on Earth Day, the underwater excursion takes on an awesome task, exploring the planet’s seven oceans and the animals that live there. While viewers can definitely expect a global warning, word is the experience is simply breathtaking. Pierce Brosnan narrates the film from Jacques Perrin and Jacques Cluzaud. 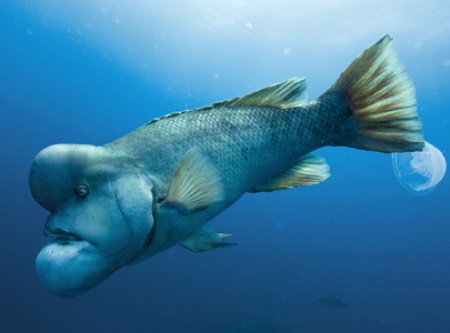 The Last Song also took a big hit, dropping from sixth to ninth with $3.9 million, while Alice in Wonderland stays in the game with $2.2 million. That brings the total for the 3-D version of Lewis Carroll’s classic up to $875 million internationally. Not bad, Alice!

From the indie market, Exit through the Gift Shop is causing a quite stir. It’s made $391,671 since its April 16 release, but that’s on only 11 screens. The mysterious film from British street artist Banksy investigates the counter-culture of street art. It caused a stir with a secret screening at Sundance and is now moving forward without a major distributor — apparently by choice. To watch the preview and see if the film is coming to a theater near you, visit Bansky’s website.

Next week brings the remake of A Nightmare on Elm Street and Brendan Fraser’s new family comedy, Furry Vengeance. Everyone better land the numbers they can, however, because Iron Man 2 is looming and ready to conquer starting May 7.