In honor of Avatar’s environmental message, the blockbuster comes out on Blu-ray and DVD on Earth Day! Avatar is also set to make a return to theaters this summer and director James Cameron revealed the next big screen installment will go underwater. Meanwhile, Cameron is also working on an Avatar prequel, and it’s a novel! 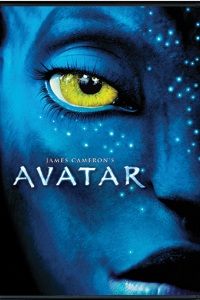 Apparently, once you’ve created the two top grossing movies of all time, it’s time to look for a new artistic outlet. Thus, the man behind Avatar and Titanic is putting pen to paper to write a new novel, which will be a prequel to the Avatar story.

“There are things you can do in books that you can’t do with films,” James Cameron explained. “I told myself, if it made money [on the movie], I’d write a book.”

The Avatar book will offer a deeper look into the characters and their backstories, using devices like interior monologues, which don’t work on the big screen.

The director and producer has writing credits on Avatar, the Terminator movies and the TV show Terminator: The Sarah Connor Chronicles. This, however, will be his first foray into writing a novel.

At the same time, Cameron has revealed his plans for the big screen sequel to Avatar. He’s hoping that with the technology now in place, the second installment will take half the time and half the money. Even he knows that’s unlikely, however.

More interesting to many fans is the news that the sequel will take to new ground.

“Part of my focus in the second film is in creating a different environment — a different setting within Pandora,” Cameron told the LA Times. “I’m going to be focusing on the ocean on Pandora, which will be equally rich and diverse and crazy and imaginative, but it just won’t be a rain forest. I’m not saying we won’t see what we’ve already seen; we’ll see more of that, as well.”

On top of this, word is Avatar will return to theaters this August, with an extra six extra minutes attached!

Apparently, the film was pushed out of theaters by Alice in Wonderland, and Cameron and team believe there’s still money to be made on the big screen.

“We were sold out of our IMAX performances right up to the moment until they were contractually obligated to switch to Alice in Wonderland, so we know we left money on the table there,” Cameron said in the LA Times interview. “The 3-D helped Avatar right up until the moment that it hurt it. And it hurt it at the moment Alice and then How to Train Your Dragon and Clash of the Titans came in and sucked up all the 3-D screens. So we’re going to wait until there’s a time to come back in, inject the new footage into the mix and see if we can interest people in the Avatar experience in theaters.

“I think Avatar is kind of a unique category where people are enjoying the unique theatrical experience even though they may have seen it on the small screen,” Cameron continued. “They want to have that immersive, transportive experience.” 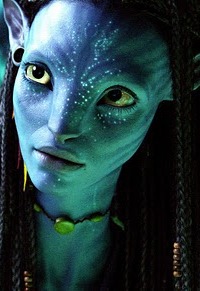 Cameron also remains committed to bringing attention to environmental issues, as he did with the story of Avatar. In that spirit, the original movie hits DVD and Blu-ray on April 23, which is Earth Day!

“We’re not going to bequeath to our children a world that’s a sustainable world at the rate that we’re going,” Cameron said. “It’s gonna take a fundamental reboot of the way we view our relationship with the natural world and each other and with business and with the economy, that indefinite growth is not a good thing.”

Cameron calls the DVD and Blu-ray release “pretty much bare bones,” while previewing a value-added and 3-D version will come out sometime in the future.

There’s still no word when that second set will come out, but it sounds like Pandora fans will have no shortage of ways to get their Avatar fix in the coming months and years!