Alex O’Loughlin is pretty comfortable sitting at the Four Seasons in Beverly Hills knowing his Back-up Plan worked. If his back-up to scoring a hit after his recently cancelled CBS medical drama Three Rivers was to star opposite Jennifer Lopez on the big screen, credit O’Loughlin with a stellar Back-up Plan.

O’Loughlin talks to SheKnows exclusively about his spring romantic comedy. Did you know he visited the Lopez-Anthony mansion to discuss The Back-up Plan and hung out with the family at Chez Lopez-Anthony? Visiting with one of the biggest Hollywood couples on the planet for a social call sounds like a rough process of finding a character! 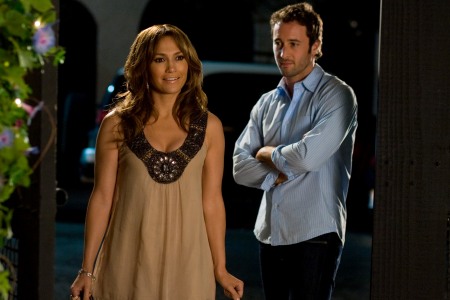 Since Three Rivers’ cancellation by CBS, O’Loughlin not only has his movie career heating up with The Back-up Plan, but landed on his feet in Hawaii opposite Lost’s Daniel Dae Kim in the Hawaii Five-O reboot.

The Australian’s charm is effervescent. O’Loughlin attended the prestigious National Institute of Dramatic Art in his native Australia. Just a sampling of their previous grads: Oscar-winners Mel Gibson and Cate Blanchett. And TV audiences surely remember O’Loughlin from his yearlong stint on the Emmy Award-winning The Shield. But it is his Back-up Plan with Lopez that will have audiences finding their new favorite Aussie actor.

SheKnows: One thing that really struck me about The Back-up Plan is that you and Jennifer Lopez had such great chemistry. I’m curious if there was ever a chemistry audition, and if so if you guys felt that way too?

Alex O’Loughlin: No, there was no audition. The film was offered to me and I didn’t meet with Jennifer before we started. It was actually right after the film was offered to me. I flew to New York, I was in Pittsburgh at the time, I flew up and I spent the night in New York and I went out with Alan Poul, the director, and I went out to her and Marc’s [Anthony] family house in Long Island. I met with her and I met with Marc and the kids and we hung out and then I sat with her for a while and we had a cup of tea and just got to know each other. It was good, we really clicked. We kind of got each other’s sense of humor. We just got each other. We realized that we were kind of each other’s people so we got along well and the rest is history. We had a great time on set. 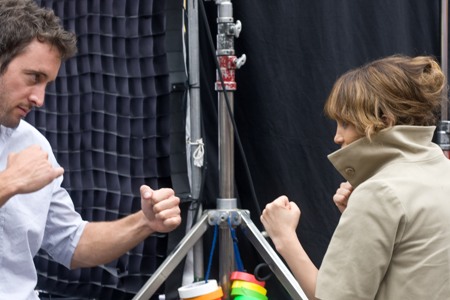 SheKnows: And it’s evident. It’s so true what they say when you guys are having a great time; the audience has a good time.

Alex O’Loughlin: Exactly, we had a ball.

SheKnows: What about The Back Up Plan story first appealed to you as an actor that you wanted to be a part of it? It’s a unique romantic comedy idea!

Alex O’Loughlin: I read Kate Angelo’s script and it was great. It’s the film that you saw; that’s what was on the page. It leapt off the page for me as a really strong, romantic comedy with a really good balance of straight up comedy and also drama. There are some great emotional bits in the script and I think that was really important. It wasn’t a classic sort of romantic comedy either, you know, it wasn’t like the girl falls in love with her best friend. It was unconventional in a sense that it was more contemporary and modern. This is about this girl and this guy who fall in love, but the girl’s just been inseminated, you know, artificially inseminated and she’s pregnant! How do you deliver that news to someone you just met? The thing I like about this is that it’s two people who are planning something and are trying to control their lives, and then, all of the sudden, their lives collide into one another and their love crashes into itself and they have to deal with it.

Up next, Alex lets us in on his persona and why Three Rivers rocked his world!