Concert banners, billboards and TV ads in Jakarta feature Kelly Clarkson’s winning smile, along with the logo of LA Lights cigarettes. With Clarkson’s concert scheduled for April 29, there’s been no official response from the singer’s camp but the American Idol alum has spoken via her blog. 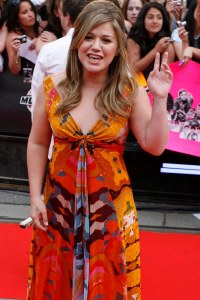 The uproar is gaining steam internationally and the overriding message is clear.

“If Kelly Clarkson goes ahead with the concert, she is by choice being a spokesman for the tobacco industry and helping them to market to children,” said Matt Myers, president of the Campaign for Tobacco-Free Kids. “She has the power now to turn this situation around and to send a clear message to Indonesian young people and, frankly, to the young people of the world.”

The pressure isn’t just coming from the States. The Indonesian National Commission on Child Protection and the Southeast Asia Tobacco Control Alliance (SEATCA) has also weighed in, asking her to remove the sponsor logos.

It’s still legal to sell cigarettes just about anywhere in Indonesia, but there is a growing movement to end that practice. On the legal side, smoking has officially been declared addictive in that country.

At the same time, Muslim leaders have used their position to take a stand. Muhammadiya, one of the biggest Muslim groups in Indonesia, recently issued a fatwa (religious ruling) against smoking and declared the act haram (forbidden). Though these statements hold no legal power, for the religious they may actually have more power.

In short, Clarkson’s advertising smacks in the face of the religious ruling.

A Jakarta date caused a similar uproar for Alicia Keys a few years back. When the Campaign for Tobacco-Free Kids and fans raised their voice, however, Keys asked Phillip Morris International to step away from her concert and stay off of any promotional materials. They eventually complied.

Fans on Clarkson’s Facebook page are all atwitter over the controversial news, slamming her for the promotion and begging her to step back from the concert. Fans are also starting to link to a new post on IamKelly.com.
Dated today, April 21, this post hasn’t shown up on her official website — yet. But, the blog spot seems legit, reflecting her old posts. It reads:

“So, my morning began with finding out that I am all over billboards, TV ads, and other media formats along side a tobacco company who unbeknownst to me is sponsoring my Jakarta date on my current tour. I was not made aware of this and am in no way an advocate or an ambassador for youth smoking. I’m not even a smoker, nor have I ever been. Unfortunately, my only option at this point was to cancel the show in order to stop the sponsorship. However, I can’t justify penalizing my fans for someone else’s oversight. This is a lose-lose situation for me and I am not happy about it but the damage has been done and I refuse to cancel on my fans. I think the hardest part of situations like this is getting personally attacked for something I was completely unaware of and being used as some kind of political pawn — Kelly”

SheKnows hopes Clarkson realizes she’s too powerful to be cast in the role of pawn and hopes the American Idol alum figures out she is in a position to affect change and correct this situation.