Natalie Merchant returns with a new album that has critics joyfully overwhelmed. Inspired by childhood, her new double-CD set, Leave Your Sleep, ventures into countless musical styles to cover familiar and obscure poems, rhymes and lullabies. The result is a kid-friendly romp that even adults will enjoy. 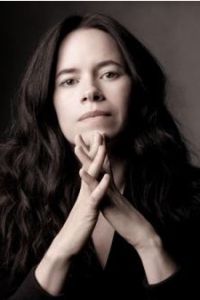 The album pulls from a collection of 19th- and 20th-century British and American works by the likes of EE Cummings, Robert Graves, Charles Manley Hopkins, Edward Lear, Ogden Nash and Robert Louis Stevenson. Inspired by childhood, the sound is whimsical and eclectic, in a fun and festive way.

The former 10,000 Maniacs front-woman has been in the music biz for almost 30 years now, but Merchant hadn’t released a studio album since the beginning of the decade.

Finally, though, after a few years of prep and a year locked up with Venezuelan musician-composer Andres Levin, Merchant has emerged with something magical and different.

“It was an exciting, new approach for me to work with rhythm and rhyme schemes created by other writers,” Merchant said. “The poems inspired vastly different musical settings with their themes that ranged from humorous and absurd to tragic, romantic and deeply spiritual. Over the course of three years, I wrote 40 of these poem-songs, and 30 were eventually recorded.”

Merchant is backed by 125 different musicians, including The Wynton Marsalis Quintet, The Klezmatics, Martin and Wood, jam trio Medeski and the Chinese Music Ensemble of New York. The result is a compilation that has reviewers describing the work as folk, country, jazz, R&B, soul, vaudeville, classical, Celtic, bluegrass, reggae and even madrigal.

“I called on old friends and approached many new musicians I only knew through admiring their work,” Merchant said. “The sessions were recorded in live ensemble workshop settings that captured pure and authentic sounds played with incredibly fresh and spontaneous energy.”

While the collection will certainly be a hit with parents, you don’t have to have a child to enjoy the adventure.

In honor of the album’s release, Merchant is hitting the road for a slew of parties in the US and Europe. In addition to performing, she’ll be sharing a multimedia presentation that includes portraits of the poets she covers and samples of their books. Check her website to see if she’s coming to your town.

The album Leave Your Sleep is available now.