Charlie Sheen, amongst all his personal troubles, issued a statement about his future with Two and a Half Men. The CBS hit is rumored to be filming the final episode of its final season April 9. 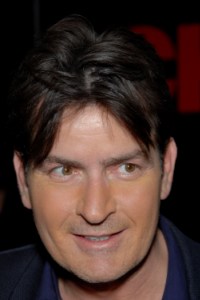 With three simple words Sheen may have put the final nails in the coffin of Two and a Half Men’s future. If it should end, “so be it.”

Since its debut, Two and a Half Men has risen to be the top-rated comedy on TV. Their numbers have slid a bit in recent years with fresh start comedies such as Big Bang Theory taking hits at the Sheen and Jon Cryer starring sitcom.

After Sheen was arrested on Christmas Day 2009, rumors began swirling whether the time was now for Two and a Half Men to say goodbye. When Sheen entered rehab, only to be followed by his wife Brooke Mueller, the future of the show never seemed more tenuous.

Sheen is still facing the domestic violence charge in Colorado from the holiday altercation that was fueled by alcohol, Mueller has said.

Yet in Hollywood, if you throw enough money at something, it will keep moving forward. If Sheen can get the $1 million per episode he reportedly has been clamoring for, look for Two and a Half Men to return in the fall.

Early in his statement Sheen mentions what truly may be at the heart of the matter.

“Much speculation and rumor has arisen from my current status surrounding Two and a Half Men. All of the numbers reported in the press are false. Claims from inside sources regarding offers from the studio as well as my salary, on their best day, are without merit.

Approaching the start of the current season (season seven) and as far back as June ’09, I submitted my terms for season eight to Warner Bros. and CBS respectfully. Both parties have known the score for over a year. In no way, has this been a hasty or negligent eleventh hour surprise.

I offer this information out of love and respect to my crew, my on-set family, my writers, executive staff, as well as my real family, my dear friends and my loyal fans.”

Two and a Half Men film their season and perhaps show’s final episode April 9 to which Sheen commented in his statement. “If tonight’s show is the end for me as Charlie Harper, so be it. Another journey has begun,” Sheen said. “I take from the experience 161 shows filled with a kaleidoscope of amazing experiences, memories, friendships and gratitude.”