It’s not official but in an exciting move, Summit Entertainment is entertaining the notion of signing Bill Condon for Breaking Dawn. The Dreamgirls director won an Academy Award for Gods and Monsters in 1999. 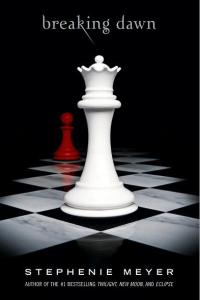 Considering his illustrious experience and immense talent, audiences are in for a real treat if and when he signs on the dotted line.

Plus, until Breaking Dawn has named a director, the Twilight Saga sounds like it is stuck in somewhat of a standstill.

It’s unconfirmed even if the film will be broken down into two movies. As for filming, it will be one shoot, even if the Breaking Dawn film arrives in theaters in two parts.

This final installment of the Twilight series is scheduled to be released in 2011. Negotiations need to be efficient in order to not derail the release date!

Author Stephenie Meyer has previously indicated she can’t imagine Breaking Dawn being released as one film. In our opinion, count on a double dose of your favorite warewolves, vampires and the woman who loves them.

Condon is being considered on the heels of Sofia Coppola’s interest in directing. Coppola indicated interest in directing Breaking Dawn but wanted to be involved in only one film, not two. After Condon hopefully signs on, the franchise will need to hire a casting director and determine a film location. Until then, we are eagerly awaiting Eclipse — landing in theaters on June 30.?