The Oprah Winfrey Show is set to wrap next year, but the daytime diva is not done talking! She’s taking on the night and the world with a new talk show on her new network, OWN, which launches January 1, 2011. 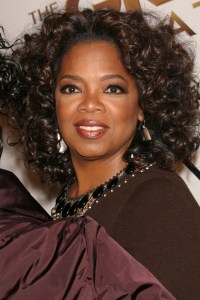 In a release today, OWN announced five new shows for their lineup, including Oprah’s new one-hour series, Oprah’s Next Chapter.

“She’ll have more riveting conversations with the people we all want to hear from, in some very unexpected places,” the release previewed.

“Oprah’s getting untethered from the chairs, opening up her world and taking you with her. From the Taj Mahal to her beloved oak tree, the Great Wall to her own teahouse, it’s a whole new kind of Oprah show. If she can dream it, she’ll do it!”

The release also announced the new shows Visionaries: Inside The Creative Mind, Your Own Show: Oprah’s Search For The Next TV Star, Gayle King Live! and Why Not? with Shania Twain.

Previously announces series are Behind The Scenes: The Oprah Show Final Season, Breaking Down The Bars, Enough Already, In The Bedroom With Dr. Laura Berman, Inside With Lisa Ling, Kidnapped By The Kids, The Miracle Detectives, Oprah Presents: Master Class, The Swell Life and Searching, with all titles subject to change.

Oprah teamed up with Discovery Communications Inc to form the 24-7 Los Angeles-based cable TV channel OWN, which will take over what is currently Discovery Health Channel. Associated online content will be found on Oprah.com.

“My vision for OWN is to create a network that inspires our viewers and makes them want to be who they are on their best day,” Winfrey said in the statement.

read on for more on oprah winfrey