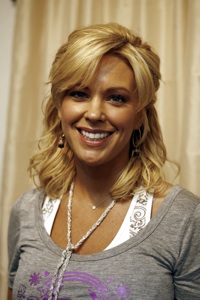 According to Jon Gosselin — who has not worked in months since breaking his contract with TLC — Kate Gosselin’s commitment to Dancing With the Stars is damaging the former couple’s eight kids.

Jon’s new lawyer called Kate “an absentee mom” who does not spend “quality time with the eight kids” and said Jon’s child support bill of “$20,000 a month is ridiculous.”

Jon also is asking to reverse the support order: He wants Kate to pay him!

Hardworking Kate says she’s just doing what she’s gotta do to keep food on the table. “I am and always will be a mother first, but as a single working mom, I will do everything necessary to provide for my kids despite the opinions of others.”

“Kate has been the primary parent of these kids since they day they were born,” says Momjian. “I can’t believe anyone would take [Jon’s] claim seriously — but consider what we’re dealing with.”